Missouri on the Move

An emerging powerhouse in logistics 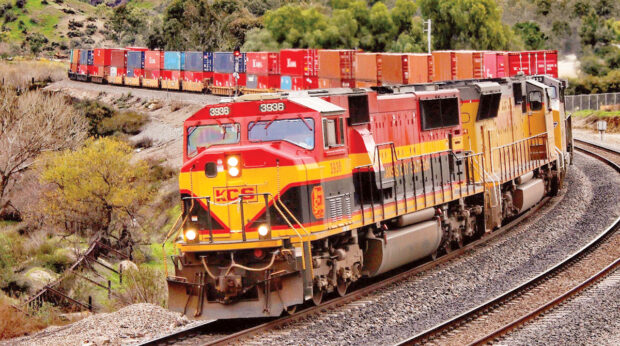 Executives across the nation who are tasked with directing their companies’ next strategic choices for distribution would be well-advised to study Missouri and think twice before looking elsewhere on the map.

What should have the Show-Me State top of mind in their deliberations?

We’re centered. The population center for a nation with 330 million people is smack-dab in Missouri. That means shipping is closer to more customers and suppliers, in all directions, than virtually any other state. Half of all U.S. households and manufacturing concerns are within a single-day’s drive, as are eight of the nation’s top 20 fastest-growing metro populations.

We’re built. Infrastructure is baked into the distribution cake in Missouri, which has multiple four-lane interstates crossing the landscape, rail access to Mexico, Canada and both coasts, Mississippi river ports with lock-free access to the Gulf of Mexico, and a pair of airports supporting international traffic.

The Bigs are here. The roster of America’s major logistics companies includes Amazon, Walmart, Dollar General, General Mills, Toys R Us and Kraft Foods. Every one of them has major distribution centers in Missouri, and several of them are shipping from multiple sites.

Business? Yeah, we get it. Cost structures in Missouri don’t just blow away those found in major population centers, they’re even lower than you’ll find in most other Midwestern states.

Fill ’er up:  Even with the phased fuel-tax increased approve by the General Assembly in 2021, gas and diesel taxes in Missouri are lower than you’ll find in 37 other states.

Ready to work. With almost 300,000 workers in the transportation and logistics industry, Missouri boasts a growing, diverse population, and one with a strong work ethic.

In all, it’s a powerful argument for basing a distribution operation in Missouri.

“We are really starting to see Missouri’s advantage,” says Mark Long, managing director of the Newmark Zimmer commercial realty firm in Kansas City. “One thing I look at that has been indicative of that, the Kansas City Southern merger (with Canadian Pacific) is an indication of our truly strategic location, where all of these supply chain and transportation-related benefits come to light.”

What Missouri has going for it, especially with the major metro areas relative to their coastal counterparts, is lots of space for expansion, Long and others in that field note.

“You have rail, transportation infrastructure, location in the middle of the country, you have a unique work attitude here that actually rings loud when people are considering the type of work force they want to fill their factory or building,” Long said. “That, combined with the available ground and the infrastructure availability, means we do stand to grow.”

Growth in the logistics sector over the past decade in particular has made it a pillar of the Missouri economy, contributing $11.6 billion to the state’s GDP.

The Missouri State Freight Plan, produced by the Department of Transportation, shows that more than half of the state’s economy is affected through the direct movement of freight or the use of freight systems. The good news for the state is that national projections show a surge of growth in U.S. freight movement.

Rail commodity value, for example, is forecast to hit $790 billion in 2030, an increase of 70 percent from 2011, when it stood at $465 billion. But even that pales compared to the $1.2 trillion—with a “t”—in trucking commodity value, up from $710 billion a decade ago. And air freight is expected to have bumped 142 percent by then, hitting $27 billion in value. Inland waterway values, though a smaller share overall, are still projected to carry a healthy $15 billion in value.

While centrality is good and infrastructure is better, nothing gets shipped without the right work force. Again, that’s where Missouri’s strengths become evident based on a combination of skills, supply and work ethic. Already, the state’s logistics work force is the second-largest among the eight bordering states, and its transportation and warehousing work force is the fourth largest.

Filling the pipeline for prospective workers in that sector are a dozen colleges and universities that with academic programs in logistics and supply-chain management, both for degree seekers and those needing certifications for specific warehousing and shipping careers.

All of those factors have helped make Missouri increasingly competitive as a center for logistics, and that competitiveness has shown up in the markets for industrial space. Even before the pandemic onset in 2020, e-commerce was driving growth in that market and the footprint for large warehouses jumped from 100,000 square feet to more than 1 million in some cases.

The pandemic has further altered con-sumer purchasing patterns, and the huge surge in on-line ordering has made it more crucial than ever for shippers to reach the biggest numbers of shoppers in the shortest amount of time.

The population dynamics of Missouri make for an interesting case study: While the St. Louis MSA is considerably larger in population, Kansas City is the bigger stand-alone city, and is now considered an upper-tier logistics hub with in the Midwest, compared to the middle-tier status of St. Louis.

Some of that might be attributed to geography: In Kansas City, there is no shortage of highway passage across the state line into Kansas there; traffic flows much more freely there than in a community with choke-points across one of the nation’s biggest rivers. Another may be the much more business-friendly climate of Missouri’s western neighbor, as opposed to what companies find in the considerably more demanding tax climate of Illinois, across the river in St. Louis.

Site Selection Group, which ranks the nation’s top logistics markets, put both metro areas in its Top 20 nationwide in 2021, with Kansas City’s growth propelling it up five spots to No. 16, surpassing St. Louis at No. 18. The ranking criteria included population within a one-day drive, international airport and interstate highway access, distribution worker head counts and concentrations, and the availability and cost of industrial real estate.