Missouri Manufacturing: So Cool, You Didn’t Know It Was Made Here

There are several products made in Missouri that are widely known, or used, in the U.S. spotlight. Most people just don’t know that they were made here.

Like most other states, there are a handful of people and things that define Missouri in the American consciousness. They include Anheuser-Busch, The Gateway Arch, the Ozarks, Harry S. Truman, barbecue, professional sports teams, Mark Twain, and the notion of having to see something before believing it.

But there are quite a few items made in the state that are used and known by a wide audience, much of which likely doesn’t have the slightest idea that they were produced in Missouri. Here is a sample of cool stuff made in the Show-Me State that might not have made it on your radar screen:

Other than people in the Kansas City area who are familiar with the Ford Motor Co. for employment reasons, and the fact that its F-150 pickup truck is produced at the assembly plant in Claycomo, most Americans probably `aren’t aware that arguably the country’s most popular cargo van, the Transit, is also made in Missouri. Nearly 138,000 of the vans were sold in the United States last year and about 132,000 have been sold annually since they first started being made in Claycomo in 2015.

Though it might not be as ubiquitous as Snickers or Kit Kat, Cherry Mash is a candy that’s seems like it’s been around forever. Perhaps it’s the old-timey looking packaging or that it sounds like some concoction one would swig below a highway overpass.

Cherry Mash is still produced in Saint Joseph, where it was invented in 1918, by the Chase Candy Co., which also makes the coconut Peco Flakes and Peanut Clusters. It’s still sold in stores across the country and is known as the best-selling cherry-flavored candy in the United States. 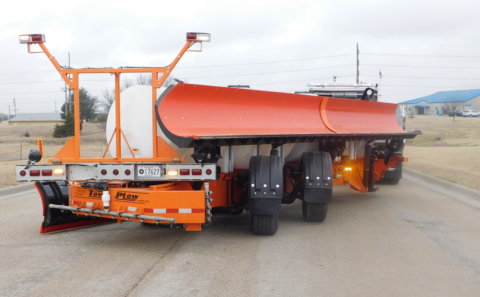 Sometimes the old snowblower just won’t get the job done, and after a major winter-weather event, it might be time to call in the big guns. Enter the TowPlow.

Made in Morley by Viking-Cives, these bad boys can clear several lanes of highway when towed behind a truck, yet when straightened out, can fit through a highway toll booth. Though there is nothing high tech or unusually cutting-edge design wise about the creation, TowPlows have only been around since 2005, when a former Missouri Department of Transportation worker invented them. 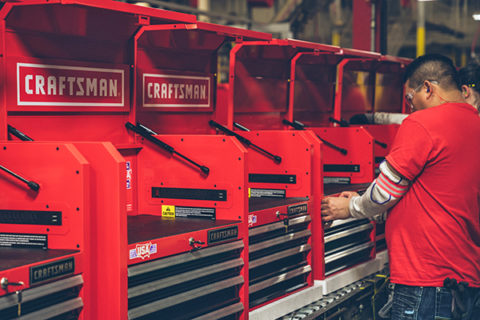 You’re probably not a real handy-man or woman if you don’t have a Craftsman rolling toolbox in your garage. The bulky steel containers scream “This person knows how to fix things and get the job done!”

Other than providing some much-deserved garage status and being a damn-convenient place to store tools, the often-red tool boxes are manufactured for Craftsman in Sedalia, where the metal-storage cabinets have been reportedly made since 1978 in a 900,000-square-foot facility. The plant provides a Missouri reminder in hardware stores across the country.

What is made in St. Louis County, costs around $75 million, can go as fast as nearly 1,200 miles per hour, and can take out an entire military base with its payload? The Boeing F/A-18 Super Hornet, of course!

Two dozen of the jets were placed in the fiscal 2019 military budget, with more expected in the coming years. A standard weapon in the U.S. Navy, other countries’ militaries use the Super Hornet as well. The plane’s producer employs thousands in Missouri, but if you see one in the sky, we hope it’s at an air show. 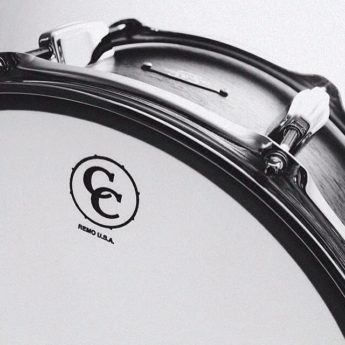 Two companies in Missouri make customized instruments played by professional musicians throughout the world, C&C Drum Co., in Gladstone, and Conklin Guitars, in Springfield. C&C founder Bill Cardwell has made a customized set for Ringo Starr, and for Bill Dickens, who has played bass for such artists as Janet Jackson and Randy Newman, uses a Conklin. A C&C kit reportedly averages around $6,000, while Conklin specializes in guitars and bass guitars with alternative string configurations, such as a seven-stringed guitar, and can cost upwards of $3,000. 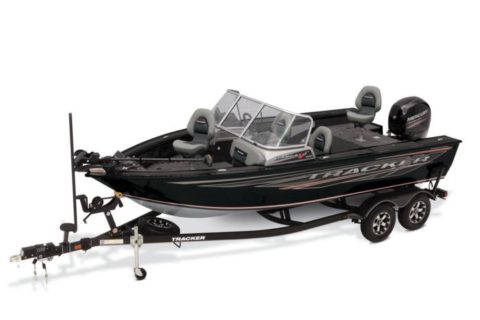 After founding Bass Pro Shops, Johnny Morris came up with another idea—selling ready-to-fish boat packages that came with the boat, motor, trailer, and various accessories. Tracker Boats are now an arm of Springfield-based White River Marine Group, a Bass
Pro subsidiary that includes several other brands. Tracker comes in several models, used by both recreational out-door enthusiasts and those competing in pro bass-catching tournaments. The boats, known for their “no haggle, no hassle” sales policies, come in all shapes and sizes, though the more expensive Deep V outfits will cost close to $40,000.