Missouri was graded a C- on a national Infrastructure Report Card from the White House. The state joins Illinois, which received the same grade. According to the report, nearly 2,200 bridges and over 7,500 miles of highway in Missouri are in poor condition.

A new report from the White House shows that Missouri  received a grade of C- when it came to infrastructure. 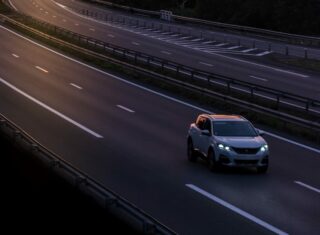 The report found Missouri has 2,190 bridges and more than 7,500 miles of highway in poor condition.

By releasing state-by-state data, Biden’s team hopes to make the case that the $2.3 billion infrastructure bill is essential.

With the Senate split 50-50, leaders of the Democratic majority are looking for ways to advance their priorities and President Joe Biden’s agenda around the typical 60-vote threshold needed to overcome a filibuster by opponents.

This week, the Senate parliamentarian ruled that one tool, budget reconciliation, could be used more often than expected to pass certain measures with a 51-vote threshold. That potentially opens new opportunities for approving not only President Joe Biden’s $2.3 trillion infrastructure package, as had been expected, but other legislation on a party-line vote without Republicans.