The Missouri House has advanced a bill that would prohibit COVID-19 vaccine mandates for employees and customers of private businesses. If passed, legislation would go further to also ban required proof of any vaccination. An 88-56 vote this week moved to add the provision to another bill.

The Missouri House on Monday advanced a bill that would ban private businesses from requiring proof of vaccination from either employees or customers. 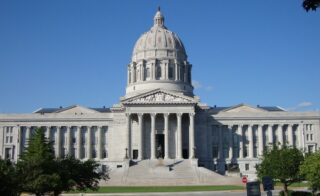 The GOP-led House voted 88-56 to tack the provision on another bill.

The action comes amid backlash to the concept of so-called vaccine passports, which are documentation that shows travelers have been vaccinated against COVID-19.

A group of both Democrats and some Republicans criticized the bill, arguing that businesses such as nursing homes should be allowed to require employees or visitors to show they’ve been vaccinated against COVID-19.

Despite most support coming from the GOP side of the aisle, earlier this month Missouri Gov. Mike Parson stated he won’t require so-called vaccine passports in Missouri but is comfortable with private companies adopting them.