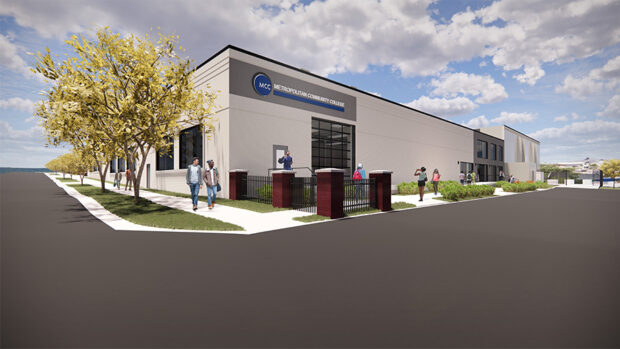 The Sunderland Foundation, the region’s third-largest, has approved a $5 million grant to support three key expansion projects at Metropolitan Community College. It’s the first time the MCC Foundation has received a gift of at least $1 million, and the money will support construction of three educational buildings that college officials say will be “transformative.”

The three projects supported by the gift include:

The total construction cost for all three projects is approximately $34 million.

“We are extremely appreciative of the generous support from the Sunderland Foundation,” MCC Chancellor Kimberly Beatty said in announcing the gifts. “These three projects will allow the College to offer a greater level of support and access for students from day one through graduation and into a chosen career path.”

Since 1945, grants from the Sunderland Foundation have helped “build the places where families in distress find help and healing, where young minds grow and thrive, and where communities come together for celebration and inspiration.”

Terry and Peggy Dunn, two huge supporters of MCC and its mission, stated: “We and the MCC Foundation are dedicated to supporting the critical role Metropolitan Community College plays in strengthening Greater Kansas City’s pipeline of homegrown talent. The missions of the Sunderland Foundation and MCC are a natural pairing, as demonstrated by their support of these three exciting projects and the innovative educational programs they will house.”

More information on the Engineering Technology, Blue River East and Advanced Skills Institute projects may be found at here.