The COVID-19 pandemic metrics suggest that Missouri and Kansas are emerging from the worst of the crisis. Will those trend lines hold as economic restrictions are lifted? 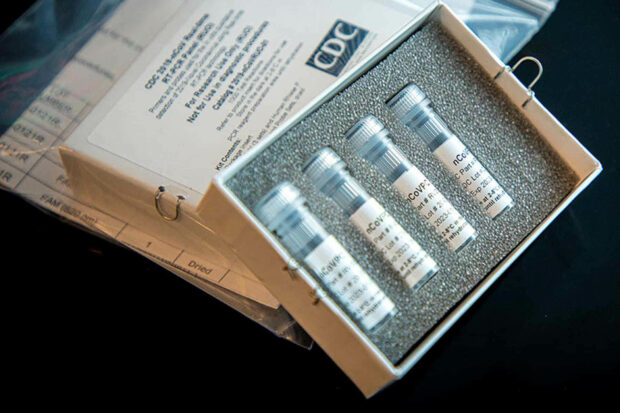 The good news, to people starving for some amid the carnage of the COVID-19 pandemic, is that in this region, the caseloads appear to be tapering off. A number of metrics reinforce that:
Health officials in the two-state region will be paying careful attention to the new-case numbers starting this week, to see if they suggest that a loosening of restrictions on economic activity will result in the dreaded “second wave’ of infections that many have predicted.
Their efforts remain hampered by a lack of sufficient testing resources—kits, growth media, labs—to assess broader population trends. Unable to see the true extent of the viral presence in the overall population, elected leaders have implemented policies to restrict business activity without information vital to a rigorous cost-benefit analysis of the self-imposed recession.
As a result of those slowdowns, more than 350,00 Kansas filed first-time unemployment claims in the final two weeks of April, and more than half a million Missourians did the same, according to the U.S. Department of Labor. All told the economy has seen an unprecedented 20.5 million jobs vanish since the crisis began, driving a once-thriving unemployment rate from 3.5 percent to 14.7 percent.
Against that backdrop, business leaders are looking for a path to recovery as each state lays out plans to ease restrictions on social and economic activity.
In Kansas. Gov. Laura Kelly released a four-phase plan called the Kansas Essential Function Framework, setting out a month-long series of steps to loosen the vise:
Missouri, by contrast, relies more heavily on individual responsibility to maintain safe practices, but though May 31 does offer restrictions on nursing-home visitation and religious gatherings, the latter subject to social-distancing provisions.
As for retail and entertainment businesses, Gov. Mike Parson’s executive order limits to 25 percent of a building’s authorized capacity the number of people allowed inside at facilities of less than 10,000 square feet, and 10 percent of authorized capacity at larger venues.