A day after the Kansas City T-Bones baseball team’s ownership said it close to selling the franchise, a potential buyer has stepped in to make the purchase, pending government approval.

A venture by Mark Brandmeyer, a partner at Built Interior Construction, based in Kansas City, as well as investment firm Brandmeyer Enterprises, is the potential buyer, through an LLC filed with the Kansas Secretary of State earlier this week called Maxfun Entertainment, created Oct. 10. The Unified Government of Wyandotte County and Kansas City, Kansas Thursday will vote on a resolution to award a five-year management agreement to Maxfun. Also at the meeting “Maxfun will present a new business plan for baseball operations, team ownership, and new amenities which they will add to the stadium,” the agenda says. 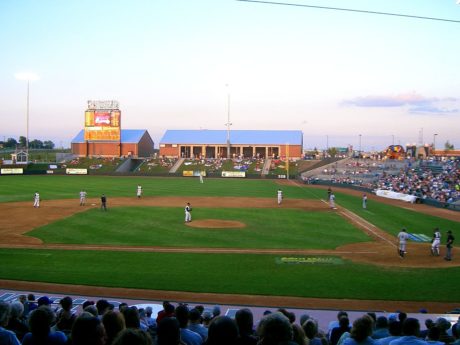 On Oct. 14 the T-Bones put out a press release saying that negotiations toward a sale were taking place and that a deal should be announced this week. “The incoming owner has been in close negotiations and planning with the Unified Government, all for the sake of setting the table for continued American Association baseball in Wyandotte County.”

The current T-Bones ownership, which leases the stadium from Wyandotte County, was behind on its bills. The organization was facing a payment to the UG of $763,000 in overdue utility and lease payments. The team had been ordered to vacate by Sept. 13 but secured a 30-day extension after making payment of $50,000.

After not paying up after 30 days, the team was reportedly locked out of T-Bones Stadium, in the Legends Village West complex, earlier this week.