The Tenth District Manufacturing Survey shows the composite index in March sits at 26, an increase from 24 in February. March’s uptick in manufacturing activity rose above economist’s projections of 25. This month marks the tenth consecutive month in which the index remains in growth territory.

Kansas City’s Federal Reserve District which encompasses the western’s portion of Missouri, all of Kansas and other territory stretching into Colorado, Nebraska, Oklahoma Wyoming and New Mexico, shows manufacturing at a steady incline in March. 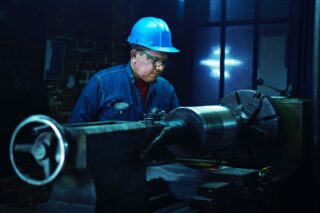 Manufacturing activity in the central part of the U.S. expanded in March at a faster pace than the previous month, according to survey from the Federal Reserve Bank of Kansas City.

The Tenth District Manufacturing Survey’s composite index was 26 in March, up from 24 in February. The was above economist’s predicted 25.

The index takes into account factors such as production and employment. March marks the tenth consecutive month in which the index remains in growth territory.

The composite index is an average of the production, new orders, employment, supplier delivery time and raw materials inventory indexes. Month-over-month, indexes for shipments, new orders, and order backlog expanded at a faster pace in March and supplier delivery time was very high as well. Growth in production and employment remained positive, but slightly slower than in recent months.

The production index went down to 23 from 26 the previous month, while the volume of new orders increased significantly to 37 in March from 16 in February.

The employment index fell to 17 from 21, supplier delivery time increased to 41 from 40, and raw materials inventory index fell to 11 from 16 the previous month.

Prices received for finished products also increased further from a month ago and a year ago. Moving forward, district firms expected prices for both raw materials and finished goods to rise more over the next six months, the Kansas City Fed said.