Trucking companies are battling a host of challenges just to keep the goods flowing, from labor shortage to whacky regulations, in-house technology, and before long, the prospect of managing fleets of trucks that drive themselves. 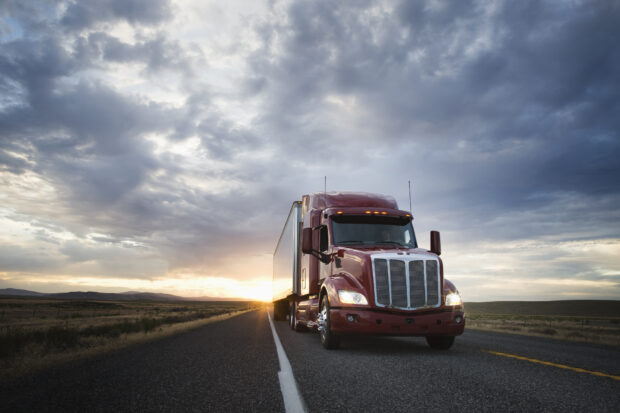 Talk to almost anyone in the trucking/transportation space, and you’ll almost always get The Challenge. It goes like this: Look around the room, and point to something that got there without ever being on a truck.For those inside the industry, the challenge is a bit more complex. For one, the trucking sector is being rocked by the same demographics that are challenging its blue-collar brethren in construction and manufacturing—a near-suffocating labor shortage. Another is the way technology is reshaping the playing field for how freight is assigned to carriers. And further down the road, but approaching at a high speed, is the prospect of autonomous vehicles.

The most immediate concern, executives in that field say, is the labor needed to make today’s deliveries. In response, says Tom Crawford, president of the Missouri Trucking Association in Jefferson City, carriers have upped their game with efforts to bring drivers into the fold, but it’s not easy, given some of the regulatory hurdles. One example of that: restrictions on interstate vehicle operation for young drivers. That means those ages 18-21 drivers can make the run from Down-town Kansas City to the Mississippi River and back all week, but can’t get to Kansas City, Kan., from the east side of the state line. “That’s a perfect example of a federal rule that doesn’t make sense when applied at local level,” Crawford said.
“The idea being that they don’t want those drivers out, away from supervision, but Tarkio to Carruthersville (distance: 845 miles) is a full-time gig. We scratch our head over it, but you can’t go over that line.” Larger carriers are able to take the talent issue head-on, he said. “A few carriers have the ability to do their own testing and train their own drivers,” Crawford said. “We’re working with the Department of Transportation and the Highway Patrol to expedite other changes, and with the legislature to expand that capability and allow folks to make the training process more efficient to get qualified driver behind the wheel.” Part of what the trucking industry in the state is dealing with today, he said, is a hangover from a generation ago, when some unscrupulous players in the for-profit education field were engaged in producing fraudulent commercial drivers’ licenses. Putting that onus back on the carriers will pay off in various ways, he said, but especially where safety is a concern. “I always made the case that some-body training and testing a driver, the company that will be responsible for that driver on the road, is going to be darn sure that the product is as good as can be,” he said. Getting those applicants in the door is a bigger challenge, trucking executives say, and it’s a problem compounded by geography. Some companies need drivers for regional delivery—the candidates most likely to be interested in work that can have them back home within a night or two. Others need drivers that will be making cross-country trips that could have them gone for between 10 days and even two to three weeks. Also complicating the talent search is that trucking companies are often looking to the same types of prospective employees that are being eyed for construction and manufacturing jobs. “We’re in exactly the same hiring mode they are,” Crawford said. As a result, many carriers are offering four-figure signing bonuses for applicants. Just as big a transformation is taking place with technology, where logistics companies specializing in less-than-truckload shipping have been recording astonishing levels of growth. One of those is D&L Transport, which for the past five years has earned a place on Ingram’s list of the region’s 100 fastest-growing companies. “Five years ago, we were almost overlooked in our space,” says D&L’s CEO, Brian DeFrain. “All the sudden somebody looked up and said they’ve got to throw a bunch of money at this industry because it was lacking in innovation.” While the vast majority of freight brokerage in the nation is done by three companies, there’s ample room for fast-moving companies able to leverage technology to improve efficiency, and cut delivery times and rein in costs. “A lot of that money overlooked some tech innovations that really aid and assist the administrative performance of brokerage companies, and that’s where we’ve tried to focus,” he said. Most surprising, DeFrain said, is the way profit margins have been explod-ing past projections at what he called “shocking” levels. “Six months ago, if you asked, everyone would have said everything is going to constrict in this space,” he said. “We forecast a drop of 2 percent in margin, based on the age-old capacity issue, which hasn’t gone anywhere—there are fewer and fewer trucks and fewer and fewer capable drivers to fill those.” Also defying profitability expec-tations is the impact of electronic driver logs, which executives anticipated would reduce capacity even further. Instead, it has produced more accurate records of the time drivers need to complete their runs, bringing into line some who had a tendency to fudge their numbers. The final trend he’s seeing, DeFrain said is the movement into the field by foreign companies. “Not international companies,” he said, “but a lot of companies that haven’t necessarily been domestic very long. They have foreign owners seeking an opportunity, and trucking has given them that.” As for longer-term challenges, Crawford points to autonomous delivery, but isn’t sure we’ll see it before another decade passes. “One the challenges that autonomous delivery faces is that it’s hard to do until everything is fully automated,” he said, because it would be harder to manage processes that alternate automation and manpower. “It’s a ways off, but moving pretty quick. You just don’t know. Someone may create a new widget tomorrow, plug it into a current and all the sudden you’re able to automate almost everything.”