The U.S. Navy has signed its second five-year contract with the Kansas City global brand agency. The contract is valued at over $455 million. With the agreement, VMLY&R’s efforts will focus on recruitment and retention programs for the Navy Recruiting Command.

Global advertising and marketing firm, VMLY&R has scored a renewed contract with the U.S. Navy. 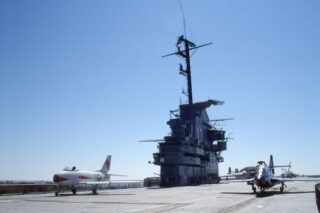 Housing its headquarters in Kansas City, Mo., this is the company’s second five-year contract in a row with the branch. The contract has an estimated value of over $455 million.

As the lead agency, VMLY&R will lead marketing and advertising communication efforts to support a nationwide marketing program focused on recruitment and retention programs for the Navy Recruiting Command (NRC).

VMLY&R has helped the NRC reach annual recruiting goals and transition to a nearly 100 percent digital recruitment model, which became more vital amid the pandemic.

The Navy employs more than 330,000 active-duty sailors and has nearly 300 deployable ships and more than 3,700 aircraft. For VMLY&R, it’s been an honor to collaborate with the NRC to “tell these unique and powerful narratives,” VMLY&R Executive Creative Director Ryan Blum said.