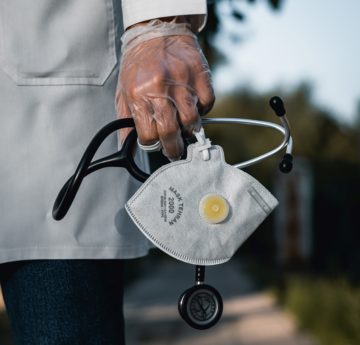 COVID-19 hospitalizations during the Delta variant spike, which reached a high in late August and fell by more than two-thirds through the first week of November, are trending back up in the Kansas City area.

Monday’s combined hospitalization case count, tracked by the Mid-America Regional Council, stood at 346, up more than 13 percent from the Nov. 5 low of 301. Both figures are well below last fall’s surge that produced the highest numbers of cases, straining regional health-care providers with a peak of 919 hospitalizations on Dec. 12.

If there are any positives in the most recent numbers, it appears that vaccinations are fulfilling their goal of reducing the lethality of this latest surge, both regionally and nationally. The New York Times’ tracking project shows that while case counts are up 25 percent nationwide over the past two weeks, deaths have fallen by 8 percent. With 99 percent of the population 65 and older now having received at least one dose of the vaccine (and 86 percent fully vaccinated), those most at risk of death from COVID are dying at reduced rates.

Figures for fatal cases, while up in the two-state region, aren’t tracking nearly as high as the case counts. In Missouri, the 7-day moving average for deaths attributed to COVID-19 was just 1 as of this morning, according to worldometers.com; Kansas, which has seen a sharper overall increase in cases, had a 7-day average of 3 deaths.

Statewide, Kansas has seen case counts nearly double since hitting a Delta-phase low on Oct. 17. Missouri, which led the nation through the late summer with the rate of decline after the surge of June and July, is up about 60 percent in case counts since the Delta decline bottomed out in late October.