Four out of the Top 10 colleges noted as the Best Value Colleges in the state of Missouri in a recent study are located in the Kansas City area. Among them are Rockhurst University, University of Missouri-Kansas City, William Jewell and UCM, according to SmartAsset.

A recent study by financial technology company, SmartAsset, calculated what it considered to be the Best Value Colleges in Missouri when weighing factors such as college tuition, starting salary, student living costs and more. 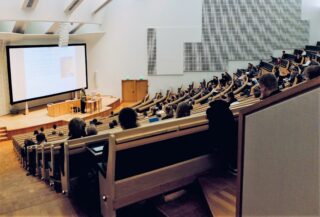 SmartAsset publishes articles, guides, reviews, calculators and tools to help people make decisions about personal finance, and released a study showing the Top 10 value colleges. Of the Top 10, four are in the Kansas City region.

Earning the top spot at No. 1 was the Missouri University of Science and Technology. Of the four Kansas City area colleges were Rockhurst University which came in at No. 6, the University of Central Missouri in Warrensburg ranked No. 7, University of Missouri-Kansas City was No. 8, and William Jewell College in Liberty, Mo. was No. 10.

According to the SmartAsset website, the study then compared the factors that illustrate a student’s return on investment. Student retention rate shows the percentage of students that are re-enrolling at the institution from year-to-year; average starting salary shows potential earnings of new graduates when they enter the workforce; scholarships and grants show the amount of financial backing colleges are endowing to their student body on a per-person basis.

The full study by SmartAsset can be viewed here.