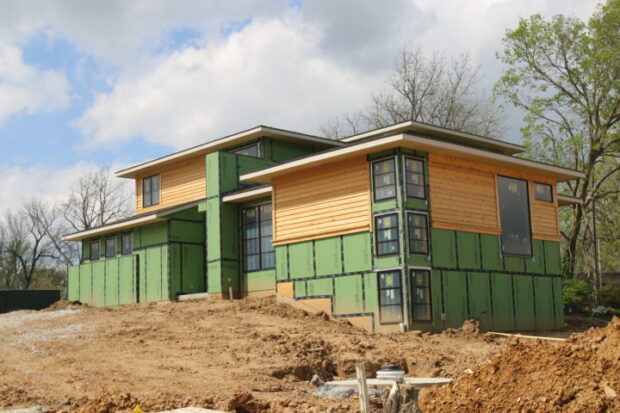 The numbers of residents in the major counties of the Kansas City Metropolitan Area have steadily increased over the past few years, but the same can’t be said for new housing stock where they live, according to two recent U.S. Census reports.

Not unlike the rest of the country, while the population is increasing, albeit modestly, new housing is going in the opposite direction.

Through March, the figures from the Census reported that the construction of single-family homes in the Midwest was down 16.5 percent year over year, to 19,300 starts. From a permitting standpoint, the Kansas City area is way down for new single-family homes this year, according to the Home Builders Association of Greater Kansas City. New permits in January and February (the latest month available) totaled 470, down from 926 in 2018.

There are plenty of hurdles facing new home construction, including high costs for land and construction materials, but the shortfall isn’t causing any major problems in the local market, said Chad Dumas, senior vice president of brokerage at ReeceNichols. “I don’t see us blacking on inventory at all,” he said. “Building is definitely happening across the city.”

The biggest problem in this seller’s market is that home owners interested in selling aren’t, in turn, finding available houses to purchase. Many of those seeking to move, Dumas said, might want to consider new construction instead of relocating into another existing house.