January Rural Mainstreet Index ticks up in Mo. and Kan., bankers concerned about inflation in 2021

The overall index rose to its second highest reading since before COVID-19 in the 10-state region, Missouri’s rising to a regional high. A monthly survey of bank CEOs revealed their concerns in 2021 center around excessive inflation and higher long-term interest rates.

The Creighton University Rural Mainstreet Index (RMI) climbed above growth neutral across the 10-state region. The overall index for January rose to 52.0 from December’s 51.6 (the index ranges between 0 and 100 with a reading of 50.0 representing growth neutral). 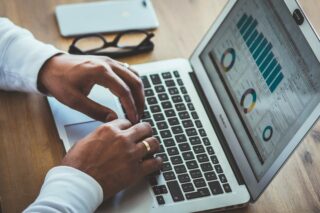 The Rural Mainstreet Economy has seen solid and positive growth due in part to improvements in agriculture commodity prices and the Federal Reserve’s record low short-term interest rates.

“Bankers reported that their biggest economic concerns for 2021 are excessive inflation and higher long-term interest rates,” Creighton University Heider College of Business professor Ernie Goss said. “Approximately 44 percent of bank CEOs expect low loan demand to be the greatest issue facing their banks for 2021. This is up from 7 percent that recorded this as a top concern last year at this time.”

“One year ago, 32% of bankers indicated that rising loan defaults and bankruptcies were their greatest concern for 2020. This is significantly above the 4% of bankers that registered this as their greatest 2021 issue,” Goss said.

Over the past 12 months, Kansas’ Rural Mainstreet economy has lost 4.0% of its nonfarm employment compared to a 4.5% loss for urban areas of the state.

Over the past 12 months, Missouri’s Rural Mainstreet economy has experienced an increase in the size of its nonfarm employment by 1.5%, compared to a 4.3% loss for urban areas of the state.