IT firm seeks expansion to KC metro with federal contract

Awaiting federal approval, IT Coalition Inc., a global information technology and cybersecurity provider, is hoping to bring operations to a federally-leased Lee’s Summit facility. If approved, the IT firm plans to bring over 700 new jobs to the metro. 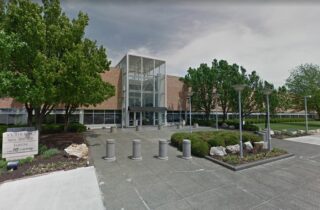 IT Coalition Inc. is a global information technology and cybersecurity service provider and is awaiting the award of a federal contract from the U.S. Citizenship and Immigration Services’ National Benefits Center that would allow it to set up operations in the metro.

If approved, IT Coalition plans to bring over 700 new jobs to the area. Beyond that, the company’s goal is to eventually double that number and open hundreds of new jobs.

New employees would be based in the National Benefits Center’s Lee’s Summit facility. Work would entail processing immigration benefit applications and preparing case files for more than 85 field offices nationwide.

In addition to the National Benefits Center contract, IT Coalition also could draw from the area’s workforce talent pool for remote opportunities to serve the company’s clients nationwide.

“The kind of work that NBC does and the kind of people that NBC employs match up really well with the kind of work that we do, but Lee’s Summit’s also a huge benefit for us because it has a tremendous talent pool for both professional and technical talent,” ITC co-founder Greg Fitzgerald said in a news release. “We want to be a fantastic employer for NBC, and we want to be able to help grow and help mature the workforce that exists there, but we’re also interested in the more technical-oriented workforce that exists in Lee’s Summit because it complements the rest of ITC’s portfolio of work.”