Is the U.S. Health-Care System Fixable With the ICHRA? 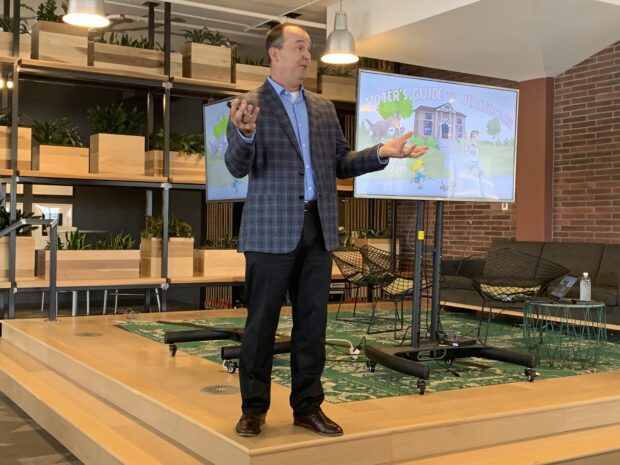 Den Bishop was talking about the state of the health-care system in the United States, and most of what he had to say was a downer.

The president of Holmes Murphy & Associates, speaking in Kansas City this week, said that Democrats and Republicans were in a agreement that the current state of affairs is a mess. But when it comes to fixing it, they are in an uncompromising stalemate, resulting in major financial loss and a lack of care for citizens. There is a 58 percent higher chance of death from a treatable illness in the United States than any other developed country, he said. People say they are either strongly in favor of or opposed to the Affordable Care Act, but most don’t even understand how it works. Most Americans can’t even property define terms like “deductible,” “co-pay,” “premium,” and “co-insurance.”

“They have no idea on God’s green earth what they are or how they work,” said Bishop, who spoke about health care and how it relates to the upcoming election, at an event held at Barkley’s headquarters in the Crossroads. “We’ve created a system that’s not English, and they don’t understand how it works.”

American health insurance, he said, is the “most complicated consumer industry in the world,” and neither consumers nor providers have any real idea about what insurance is going to cover. It’s a situation where “neither the buyer nor seller actually knows the price of the transaction.”

Employers, meanwhile, are left in a tough spot. Though companies are doing a better job than ever providing accessibility to wellness and preventative-health measures, that does nothing to change the rising costs of care, pharmaceuticals and insurance. Looking for congressional guidance will not help much, given that Republicans are veering toward a total free-market system, while Democrats are in the opposite corner, wanting it completely controlled by the government. And while they’re been arguing, Americans reportedly spent $3.65 trillion on health care last year, a 4.4 percent increase from 2017.

However, Bishop pointed to some legislation that might give business owners some relief. He said both Republicans and Democrats widely supported ICHRA (Individual Coverage Health Reimbursement Account), to which will be available to all companies as a tax-advantage incentive in January. Similar to a 401(k), it allow employers to give a tax-free monthly health-care benefit allowance to employees to use for their own private insurance or health care needs.

“You are no longer in the health-care business with the ICHRA,” Bishop said. “That’s where I think health care could go.”