Innovation from the Ground Up 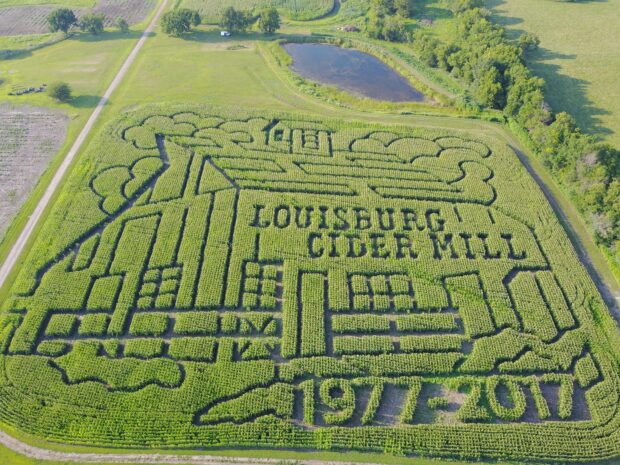 On a national level, Kansas doesn’t usually get first mention in many conversations describing innovations in business. That talk is saved for the nation’s usual-suspect “tech hubs,” like Silicon Valley, New York, Boston, Seattle and a few others.

But there is a major innovation opportunity in Kansas that could easily be overlooked by the casual observer—the farm.

It’s no secret that farmers are facing a struggle in Kansas and other states. Last month President Trump unveiled a $16 billion aid package for the industry to offset struggles it has faced as a result of the ongoing trade war between the United States and China. Until this month, farmers were sweating out the prospects of even greater challenges until a last-minute trade feud with Mexico was averted.

Meanwhile, commodity prices have been marching steadily lower, and expenses have been rising, which has led to bankruptcies.

In Kansas, according to the recently released USDA’s Census of Agriculture, average annual production expenses per farm rose from $270,780 in 2012 to $290,093 in 2017. Though farms have dramatically cut back their hired and contracted employees, labor costs have risen in the Sunflower State, as has the cost of renting and leasing equipment.

So faced with those challenges, beyond wishing that the overall economic conditions are going to change for the better, Kansas farmers are now in a great position to start finding ways to innovate, says Jeremy Hill, the director of the Center for Economic Development and Business Research at Wichita State University’s W. Frank Barton School of Business.

“There is so much opportunity to rethink the farm,” he says. Farmers can add value to their businesses by adding other uses to their land, such as manufacturing, production and business services. And the existing products that they churn out could be reimagined.

“Why are we doing beef when we could call it Omaha Steaks?” Hill asks. “We have all of these resources behind it.”

And he envisions a state-wide network that could promote that kind of innovation. For example, a product could be made in Allen County, packaged in Hays and then marketed in the Kansas City area, involving several different companies and their respective skill sets. Farms themselves can better promote what makes their soil a higher quality than that of their competitors, or how wind may blow over their land in a way that is superior to other areas.

“If they want to survive, what are they going to do?” Hill asks. “They might think of the farm in a different way. Alternatively, we’ll stay in the commodity trap and do nothing.”

Cheryl Boyer has some ideas for farm innovation.

The associate professor and extension specialist at Kansas State University’s Department of Horticulture & Natural Resources specializes in nursery crop production and marketing. Farmers, she says, can do a lot more to directly reach the consumer.

And the timing couldn’t be better with a major interest in the origins of where food is from and how it is grown by the general public.

To best do that, farmers need to learn how to tell their stories in a compelling way, Boyer said. Once that is achieved, there is a big potential in agricultural tourism.

In the age of online retail, when a shopper can get nearly anything delivered to their doorstep in, at most, a couple of days, the thriving physical stores are those providing an experiential draw to get people in their doors. Farms overall could capitalize on that, Boyer says, much the same way that wineries entice travelers with tastings and tours.

Some current examples of farmers using their land for tourism are cider mills and pumpkin patches, but there are other opportunities to branch out if farmers can communicate their often-compelling stories. After all, farmers have a great amount of passion for what they do, or they wouldn’t sweat out the hard work and hours their profession requires.

But that’s part of the problem, too, Boyer says. Apparently not all farmers are the best marketers.

“They’d rather be outside than sitting and telling their story,” she says, even though some proper publicity on Facebook or another social media avenue could turn into a strong revenue stream.

There is also the opportunity for farmers to go closer to consumers, beyond the typical farmers market. Boyer has seen some farmers open pop-up stores in urban and suburban areas selling goods from their land. There is also the option of e-commerce sales directly to customers.

And there are a lot of things that can be grown on a farm that sell for high value but take up a small amount of acreage, such as organic sweet potatoes and blueberries, as well as ornamental crops.

“There are some unusual things people could do with their farms they may not have thought of before,” Boyer says.

All of these possible innovations will likely take farmers outside of their usual comfort zones, but losing money and potentially going out of business might be the alternative, in some cases. Some of the most successful innovators are also risk takers, and that’s what it’s going to take to pull out of the current economic reality of agriculture for some farmers.

“There’s only upside to taking risk,” says Hill at the CEDBR.