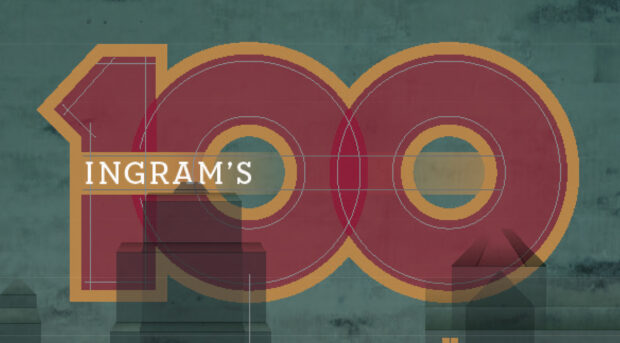 Global agribusiness giants. Monolithic health-care providers. Powerhouses of engineering and construction. Titans of insurance and financial services. National and international law firms. The pillars of commerce in Kansas City got where they are with vision, passion and leadership—and, of course, top-notch products and services.  The Ingram’s 100 is your guide to the region’s largest, most successful and most influential companies. Get to know the 2018 Class of Ingram’s 100.

 Since the inception of the Ingram’s 100 in 2011, the undisputed king of commerce in the Kansas City region has been Dairy Farmers of America. With more than $14.7 billion in revenues for 2016, it was bigger than Nos. 41-100 combined.

 Once again, health-care providers dominated the field with 20 winners, a reflection of the vital economic sway of those institutions. And that doesn’t even account for the region’s largest medical center within the University of Kansas Health System (a public health authority, not a private company) or the HCA Midwest hospitals, part of the for-profit parent.

 A newcomer to this list is not just one of the region’s newest nine-figure-revenue companies, it’s also the biggest year-over-year performer. Tradewind Energy, based in Lenexa, has mastered the renewable-energy space to the tune of 105.47 percent growth since 2016—going from $61.18 million in revenues to surpass $125.7 million.

 Runner-up for most impressive year-over-year growth was Lico, Inc., the steel supplier, weighing in with a 74.68 percent bump.

 Other companies making their initial appearance in the list this year were United Country Real Estate (No. 62), KVC Health Systems (No. 78), Enerfab’s Kansas City operating unit (No. 80) formerly Foley Company, and the Kincaid Group (No. 83).

 Acquisitions, especially in the mid-market range, continue to peck away at long-time Top 100 performers. This year, the merger monster took away Alexander Open Systems, the communications-system specialists, and the acquisition of a Top 25 pillar, Bartlett & Co., by a Salt Lake City firm dropped it out of the running.

Get the full list of the Top 100 Private Companies. 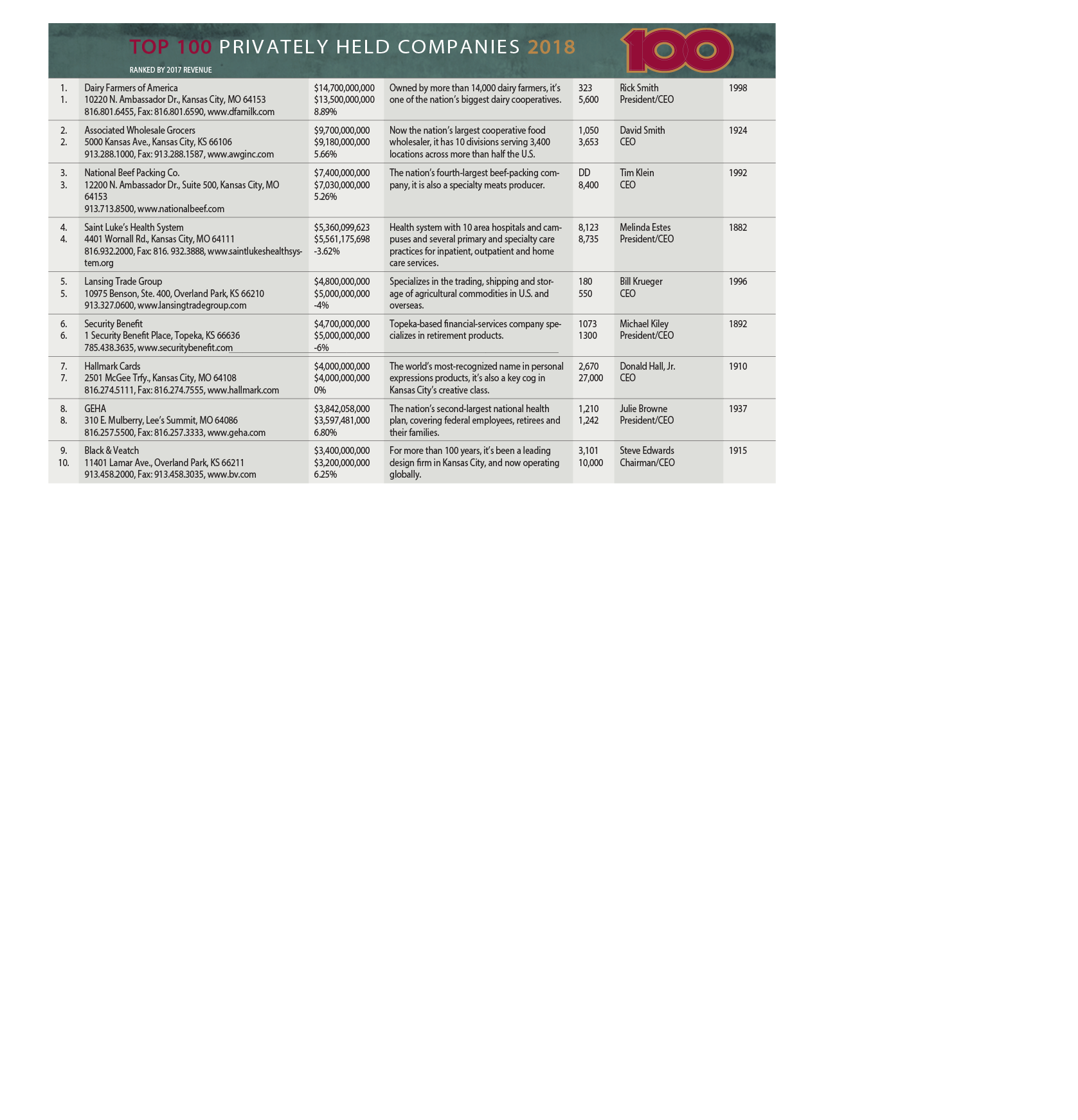