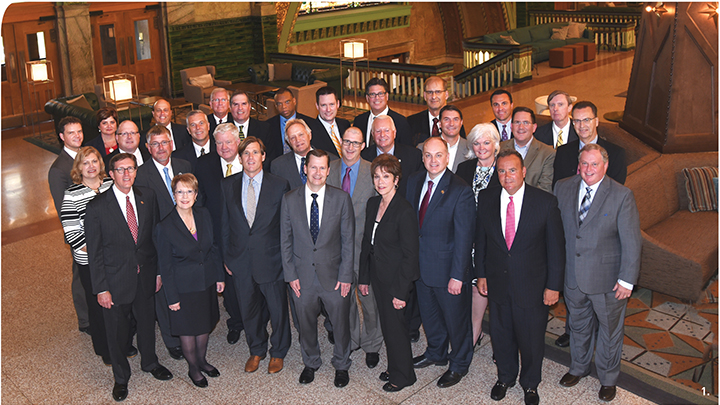 Ultimately, it came down to this: What kind of state does Missouri want to be? Attendees at the Missouri Economic Development Assembly held at St. Louis Union Station on Sept. 3 addressed that from the perspectives of employers, educators, policy makers, tourism executives, Realtors and varied interests around the table. This was Ingram’s first of eight annual ED Assemblies and publications designed to drive investment and quality jobs to the state of Missouri. The Missouri ED Report will be published in the 2016 edition of Destination Missouri. 3. Co-chair Patt Lilly of the St. Joseph Chamber of Commerce, listened as the discussion turned to job creation.

5. Steve Wyatt of the University of Missouri discussed the role of education and technology in the state.

6. Richard Fordyce, Secretary of Agriculture, notes the strength of the Ag sector in the state.

7. Warren Wood of Ameren Missouri reacts during a lighter moment in the discussion.