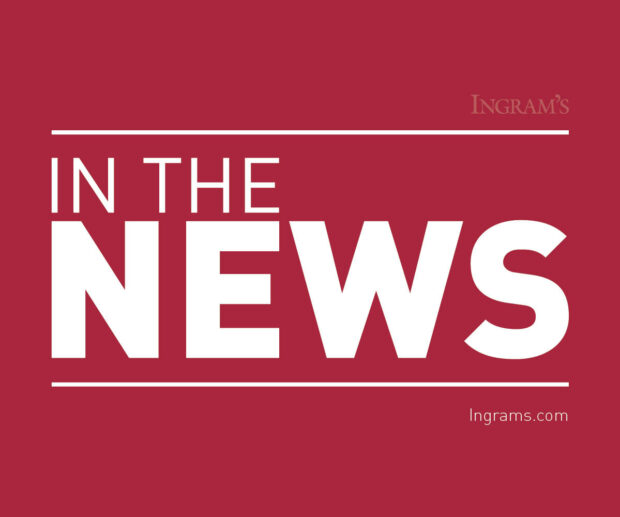 Agribusiness Acquired
Japanese-owned Helena Chemical Co. of Memphis, Tenn., one of the nation’s largest distributors of farm chemicals and seeds, has acquired St. Joseph Agri Services, a 27-year-old private company. The local company’s offerings include fertilizers, chemicals, seed and feed products supplied to farmers and ranchers in northwest Missouri and northeast Kansas. The local leadership will remain with the company, which will operate under the Helena brand.

Streetcar Overtures
A second public meeting is planned in January to gauge public sentiment for extending a planned streetcar starter line to North Kansas City from its original River Market terminus in Downtown Kansas City. Proponents of the streetcar system, who already are pushing for a 10-mile extension of the 2.2-mile starter line south of the Missouri River, say a line spanning the river could lead to long-term demand for new residential options and economic development in North Kansas City, as well.

Car-Parts Maker Picks KC
A Spanish firm that makes auto over-head assemblies, doors, seats and lighting will renovate a 149,000-square-foot build-ing in KC’s East Bottoms, where it says it could eventually create 118 jobs. The City Council signed off on a request for $10.5 million industrial revenue bonds to outfit the building, and the company will invest an additional $7.5 million. Ford Motor Co. and General Motors have invested nearly $2 billion between them to expand operations at their Kansas City plants, in turn luring parts suppliers into the market.

Big Data, Si’l Vous Plaît
Making its first foray outside of France, a company that has pioneered cloud-based business intelligence has selected the Crossroads district of Downtown Kansas City for its first overseas offices. BIME Analytics, which uses cloud-based tools to help companies become more data-driven, chose KC because of the emergence of companies working in data-driven disciplines here.

$3.3 Million Building to TMC
A group comprising principals from J.E. Dunn Construction and Zimmer Cos. will donate an eight-story Northland office building, valued at $3.3 million, to the Truman Medical Center Foundation. ZDG Investments currently owns the 117,100-square-foot building at 7300 N.W. Tiffany Springs Parkway. The donation enables the hospital to relocate support services and free up space on the Hospital Hill campus.

Convention Center Push
Officials from the city of Lawrence and the University of Kansas have held preliminary discussions on how a convention center might serve the interests of both communities, but there’s a long way to go before that suggestion materializes, authorities say. A proposal is being made to include in the university master plan a convention facility that could accommodate 1,500 people, which backers say could help boost hotel occupancy rates and retail businesses. The biggest potential hurdle would be location: Some argue for a facility Downtown; KU is more interested in a site near 23rd and Iowa streets, near the southern end of the campus.

Huge Project Proposed in OP
The Overland Park Planning Commission has delayed consideration of a rezoning request for a project that would be one of the biggest development efforts in the city’s history: A $350 million mixed-use site covering nearly 140 acres southwest of College Boulevard and U.S. Highway 69. BK Properties has proposed a series of four-story apartment buildings with nearly 1,750 total units, 585,000 square feet of office space, plus retail, a retirement home and a continuing-care center. Developers hope to begin construction in 2014, but need the go-ahead from planners and City Council.

KU-Edwards Mission Expands
In a move to capitalize on business connections through its Edwards Campus in Overland Park, the University of Kansas will relocate its Continuing Education program and staff there. Officials say the move will leverage the successes that KU has achieved in working with companies like Garmin, Sprint and Cerner, all of which have accessed classes in STEM disciplines for employees. The 42-member continuing-ed department serves about 70,000 people a year, and the move is expected to be complete in a year.

Merck/K-State Alliance
A donation from Merck Animal Health will allow Kansas State University to launch a Microbial Surveillance Lab at its Olathe campus, expanding research efforts in various aspects of microbiology and strengthening the Kansas City region’s ties to the life-sciences sector. In addition to diagnostic support for the animal health industry, the lab will be a teaching and training venue for students.

Airboat Builder Moving In
A Kansas company that builds airboats plans to open a new production facility in North Topeka, where it will do final assembly and testing, officials say. Dyna-marine, a Meriden-based division of Ernest-Spencer, builds upscale airboats that can top six figures in price. The company, which started production last March, will open the new site in January.

UG Buying Baseball Park
The Unified Government of Wyandotte County/Kansas City, Kan., will spend $8 million in receipts from the STAR bonds tax district in Village West to buy the 4,800-seat CommunityAmerica ballpark from Ehlert Development. The stadium, which opened in 2003, is home to the Kansas City T-Bones, and the team will sign a long-term lease for the facility and retain the ball park’s name.

Manufacturing Activity Hums Along
For a sixth straight month, manufacturing activity grew in November, reaching its highest level since the summer of 2011, the Institute for Supply Management says. The organization’s purchasing managers’ index clocked in at 57.3 for November, well above the level that indicates expansion in manufacturing. That level reflected increases in new orders, production and employment among the 18 industries that make up the index—15 of which saw growth for the month. The biggest challenge facing the nation’s manufacturing sector, the ISM said, as the potential for disruptions caused by another government shutdown in early 2014.

Nixon Calls for Border-War Truce
Gov. Jay Nixon has announced plans to accompany members of the U.S. Agriculture Coalition for Cuba on a trip to Havana next month, seeking ways to expanded trade with Cuba for Missouri producers. The USAAC is a new group of more than 40 prominent U.S. food and agriculture companies and associations calling on Congress to lift the long-standing U.S. trade embargo on Cuba. Nixon and other members of the delegation will meet with Cuban officials overseeing trade, agriculture and economic development there. The delegation will include representatives from the Missouri Farm Bureau, the Missouri Rice Council, the Missouri Forest Products Association, Dairy Farmers of America, the U.S. Dairy Export Council, and the U.S. Rice Federation.

Trade Pact With EU Could Bolster Jobs
There are no indications the Legislature will take any action on it, but the Kansas Water Authority is submitting to lawmakers a revised proposal for using water from the Missouri River to address long-term shortages in western Kansas. The update calls for creating a 13,000-acre reservoir near the Nebraska border and pumping it nearly 360 miles—and more than 1,700 feet in elevation—to Utica, Kan. For a cash-strapped state, a proposal that would cost billions to execute is unlikely to go anywhere in the near term, especially with objections being raised to inundating land currently owned by farmers and the Ioway Indian tribe in northeast Kansas, as well as by Missouri Gov. Jay Nixon, who called the plan “a hare-brained idea.”