In A Nutshell: From Inflation Doves to Hawks

After months of watching inflation numbers surge, the Fed at last swings into action. 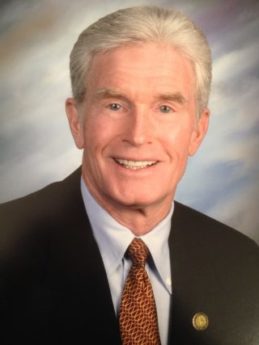 For Wall Street, the most-anticipated Federal Open Mar-ket Committee meeting in years occurred in December. Chairman Jerome Powell did not let Wall Street down in his testimony concerning the state of the economy and what plans the Fed has regarding monetary policy in the years to come. The generally positive movement we have seen in stocks came despite the central bank’s most hawkish policy pivot in years as it looks to help put a lid on inflation.

The pace of tapering will be doubled to $30 billion a month—with further reductions coming next year—while interest-rate projections were updated to show a median forecast of three hikes during 2022. Expectations are for each tightening move to be a minimum of 25 basis points.

So why exactly are stocks still doing relatively well? First of all, the market loves certainty. Knowing what to expect on the macroeconomic level next year goes a long way for investors who are closely watching their portfolios. A statement from the Fed that it is taking inflation seriously is also reassuring. Powell also balanced his interest-rate outlook with a strong dose of optimism about demand and incomes, and confirmed that “we’re making rapid progress toward maximum employment.”

What exactly sparked this change in monetary direction? Recently, I mentioned the surprising strength in the CPI inflation data. Since then, producer prices have risen much faster than expectations. The PPI rose 0.8 percent in November, above the 0.5 percent consensus, after a 0.6 per-cent increase in October. Core inflation (excluding food and energy) rose 0.7 percent, well above the 0.4 percent consensus. Inflation excluding food, energy,
and trade services also rose 0.7 percent. The year-on-year increase (not seasonally adjusted) for this headline index was 9.6 percent—the largest gain since the current series was first calculated in 2010. Wholesale prices also rose at their fastest pace on record in November!

This update may be just noise after Powell’s November testimony showing a pivot on inflation, but it underscores the momentum that supports accelerating consumer prices. Producer-price increases continued to show momentum, with no sign that input prices will lead to cooling in consumer prices anytime soon.

The Fed has already pivoted to prioritizing inflation, so rather than causing any new inflation panic, this report is just another nail in the coffin for the “wait it out” administration mindset seen as recently as a month ago. Supply-chain pressures may somewhat ease in the next few months as holiday shopping lets up and producers as well as shippers have more time to adjust capacity. But any impact on potentially higher inflation and consumer prices will not be immediate. In the mean-time, expect year-on-year changes in producer prices to remain unusually high.

View From The Street

Two highly regarded Wall Street economists summed up the general atmosphere: “We believe the initial positive equity-market reaction is due to investors’ gaining confidence in the Fed’s willingness and ability to fight inflation. As a result, they are decreasing the odds of stagflation and policy error,” said Chris Harvey, equity strategy head at Wells Fargo. “It seemed like there was some hedging demand into the event, perhaps relief that the event has happened, regardless of outcome,” added Danny Kirsch, head of options at Cornerstone Macro.

Will the November employment report’s big drop in the jobless rate, plus CPI updates, and then the PPI data change everything? The wild card may still be more excessive government spending, primarily being held back recently by just one or two less-liberal Democratic senators. May God give them the strength to continue to block the proposed Build Back Better socialist-dream spending spree, which would certainly make inflation worse in the U.S.