Fed Optimistic, But Are Investors?

"In reality the volatility may just be a broader symptom of Treasury market unpredictability. Investors and markets don't like uncertainty!"

Stocks swung wildly following last week’s FOMC’s highly anticipated meeting as the yield curve pulled back, steepened, then pulled back once more.  The central bank sharply upgraded its 2021 GDP growth forecast to 6.5%, the largest annual output since 1984, and also said it expected unemployment to drop.  Fed Chair Jerome Powell added that inflation was forecast to reach 2.4% this year, but called it a temporary surge.  The biggest news was a pledge not to raise interest rates until 2024.  Really? 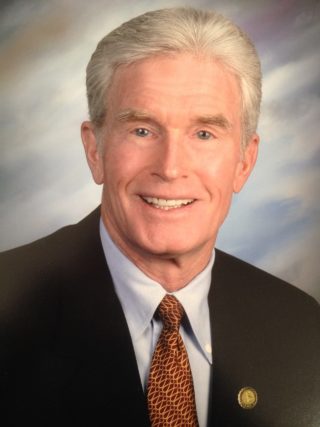 If the Fed is so confident in the outlook, why not raise rates sooner?   The Fed’s plan (that it rolled out last August) wants to let inflation run consistently above its 2% target, while also keeping rates steady until it sees maximum employment.  The central bank may also hope to view that “surge in activity” as durable, before proceeding to tighten monetary policy.

Why are the capital markets so volatile?  Some attributed the movement to the differing reactions of bond market players.  At first, they focused on the Fed’s “no hikes through 2023,” but then planned to let inflation run hot.  In reality the volatility may just be a broader symptom of Treasury market unpredictability. Investors and markets don’t like uncertainty! Until we reach a broader consensus over how inflation will play out, we could see unstable moves in any direction.

What exactly are the BULLS saying and what are their actions?  “It’s a mistake to dump growth stocks out of fear of rising inflation,” said Mad Money’s Jim Cramer.  “The Fed’s basically saying Party on Industrials.”  Accordingly hedge funds buy them hand over fist.  Problem is, if they want to buy the banks or the smokestack stocks, they may need to sell something else like the high-growth tech stocks.  That’s called the “hedge fund playbook.”

The negative – BEAR – thinkers should be concerned.  “If the yield on the 10-year Treasury Note climbs to 2.0%, that could be enough to tip the risk market scales and lead to a 10% correction in the S&P 500.  If the 10-year climbs to 2.5%bonds may even start becoming more attractive instead of stocks,” according to the latest BofA fund manager colleague of mine.  “Higher growth and higher inflation are now the consensus.”

As the market scenario continually changes – almost on a daily basis – investors head into the week with plenty of wildcards to size up, including U.S. trade and security relations with China, the Treasury yield curve and an increased focus on the potential for higher corporate tax rates.  The probability of tax increases coming this year could rise if the economy shows unexpected strength.

A wildcard is still COVID-19.  Medical experts in the U.S. are trying to calm fears that some COVID-19 vaccines are unsafe. European countries suspended AstraZeneca’s vaccination amid reports of blood clots among some recipients.  The European Medicines Agency, which evaluates drug safety for the EU, has maintained that the benefits of the shot (when it comes to preventing hospitalizations and deaths) still “outweigh the risks of side effects.”  Of the more than 17M people in the EU and the U.K. who have received a dose of the Oxford-AstraZeneca vaccine, fewer than 40 cases of blood clots had been reported as of last week.

When Pfizer and Moderna initially distributed their vaccines in December there were reports of severe allergic reactions, or anaphylaxis.  However, those cases appear to be rare, with the U.S. having administered 113M doses to date.  Risks from not getting vaccinated appear to remain higher than from being vaccinated!

So, why not focus on the economy, coming inflation as well as risks to the USA’s political future?