A decade of broad change in the regional philanthropic sector produces a re-alignment of key players as Kansas City’s non-profit and foundation world continues to exert its influence.

In 2020, a year that began with a Kansas City Super Bowl victory and celebratory bash, quickly pivoted into the biggest global pandemic in a century, and wrapped up with perhaps the most divisive presidential election in generations, it was easy to overlook something… wonderful.

For the first time in the history of local philanthropy, the 25 largest foundations produced grants and gifts that surpassed $1 billion in a single year.

In terms of giving, the Kansas City spirit stood taller than ever in 2020. And the foundations provided a great deal of the lift, as corporate donations fell off and other sources of funding were largely flat.

Multiple factors contributed to that surge for the foundations. Among the biggest: M&A activity in American business hit record levels in recent years, as Baby Boomer business owners bound for retirement cashed out their lifetime’s work. Much of that instant wealth found its way into foundations and non-profit organizations, creating more grant-making ability. That was part of a national trend. So was the stratospheric rise in portfolios by investors of all ages as the stock market rebounded from the late-winter micro-crash brought on by the pandemic.

Some drivers, though, were purely local. The first of those came in 2011, with the formation of the Marion and Henry Bloch Family Foundation. Established with a modest $990,000 in assets, it would become the repository for much of the accrued wealth of one of Kansas City’s most revered entrepreneurs after the deaths of Marion in 2013 and Henry in 2019.

Even after his death, Henry Bloch’s philanthropy is making waves in this market: Another tranche of the estate arrived in 2020 as total assets surged by $183 million and grant-making surged to $14.6 million. 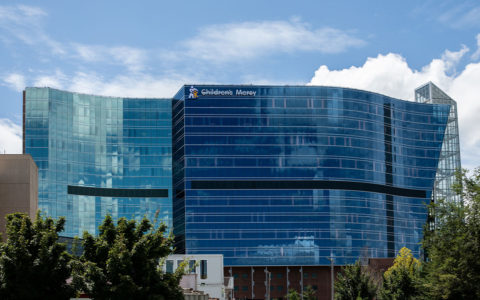 Nothing, though, has shifted the center of the region’s philanthropic gravity quite like the 2017 sale of Ash Grove Cement for a reported $3 billion. The Sunderland family, which owned one the Kansas City area’s largest private companies, poured nearly half the proceeds from that sale into their 72-year-old family foundation, rocketing it up the rankings to become the region’s third-largest charitable organization and arguably the hottest foundation in terms of current giving in the region.

A decade ago, the Sunderland Foundation ranked No. 12 in this area, with assets of slightly less than $90 million. By 2020, with $1.5 billion in assets despite a huge run of mega-donations since the sale, it was donating seven- and eight-figure grants and donations that are reshaping the Kansas City built space.

The biggest of those came almost within nine months of each other in 2018: $75 million to help fund construction of the Children’s Mercy Research Institute Tower, a gift matched by the Bloch Family Foundation. Then, in September, $66 million went to the University of Kansas Health System to help build the Cambridge Tower expansion.

The numbers reflect a decade of growth in giving. The 25 largest foundations in 2010 boasted $9.68 billion in assets. Even after adjusting for inflation, the $14.86 billion on hand for the Top 25 in 2020 represented an increase of more than 20 percent in real dollars.

Giving, however, was proportionally higher: Those same organizations in 2010 produced $445 million in grants and gifts. By 2020, the Top 25 doled out $1.03 billion, an increase of better than 70 percent in nominal dollars, but 33.6 percent in inflation-adjusted giving. That’s a giving growth rate better than half again the rate of growth in assets.

Beyond the surge in ranks for the Bloch Family and Sunderland foundations, other powerful trends were at work over the past decade. While the 15 largest of those entities generally held serve in the rankings between 2010 and 2020, there was a significant change at the top. 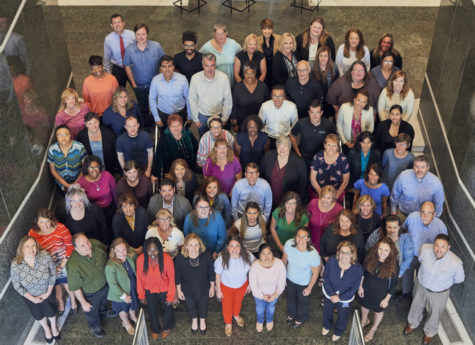 Remaking Philanthropy: The team at the Kansas City Community Foundation continues to drive philanthropy in the region with more than $4 billion in assets managed. Despite Kansas City’s ranking as No. 30 among major cities by population, the foundation stands as one of the two or three largest in the United States.

There, the Greater Kansas City Community Foundation leveraged the power of donor-advised funds as a recruitment tool for aspiring philanthropists to pass
the venerable Ewing Marion Kauffman Foundation in 2013 and claim the title as the region’s biggest. In 2020, for the first time, GKCCF surged over the $4 billion mark in total assets. That was up from $3.73 billion just a year earlier.

And demonstrating just how significant the growth has been overall, the Hall Family Foundation—No. 4 a decade ago—was still in that position for 2020, despite a healthy increase in assets of $118 million. To put that into perspective, that growth alone was bigger than the assets of the 10th-ranked foundation in 2010.

Those numbers hold up well when compared to national figures.

Giving USA 2021, which conducts some of the most comprehensive research into the non-profit sphere, showed that combined giving to charities from individuals, foundations and corporations reached an estimated $471.44 billion to U.S. charities in 2020. That was up 5.1 percent over the 2019 figure.

While it was a record for charitable giving, she cautioned that certain areas of need had become even more acute during the economic turbulence.

That’s because in many ways, 2020 was a story of uneven impact and uneven recovery,” said Amir Pasic, dean of the Lilly Family School of Philanthropy, which publishes the Giving USA report. “Many wealthier households were more insulated from the effects of COVID-19 and the ensuing economic shock, and they may have had greater capacity to give charitably than households and communities that were disproportionately affected and struggled financially.”

Similarly, growth in the S&P 500 in recent years and the market recovery in 2020 positioned foundations to respond to the year’s challenges, he said. “with the result that giving by foundations reached its largest-ever share of total giving, at 19 percent. Still, for many people and communities, the need remained great throughout the year and beyond.”