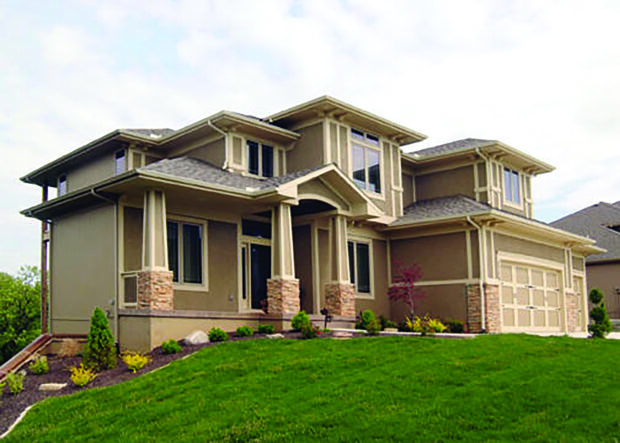 If you’re trying to pinpoint the biggest changes going on in new home construction in the Kansas City market, you have to start by getting the perspective right.

Is it from the builder’s point of view, where costs for materials and labor have been steadily increasing for years? Is it from the buyer’s vantage point, where Baby Boomers are seeking maintenance-free, space-efficient homes while singles are looking for affordability and still others are buying with multiple generations of residents in mind? Is it from the local permitting office, where an explosion in construction activity has overwhelmed staffing?

There are, for fixed housing, a lot of moving parts involved. The good news, builders say, is that the robust activity in that market isn’t approaching the out-of-control pace of 2003-2006, in the run-up to the national real-estate collapse and ensuing construction downturn. The roster of regional home builders thinned considerably during the Great Recession, but those who made it through were well-positioned to capitalize on its aftermath.

Summit Homes, the area’s largest builder, was among them, and after the initial shake-out in 2007-08, said CEO Fred Delibero, it was able “to build our business and capitalize on a market with fewer competitors and more opportunity.” Before the crash, he noted, area cities were issuing nearly 12,000 permits a year, a figure that fell to near 2,500 at the downturn trough.

“If you take a look back at the market a few decades, it’s easy to recognize that the market was in unsustainable territory in the mid-2000s,” Delibero said. “A healthy market in Kansas City is somewhere in the range of 6,000-8,000 single family building permits a year, in my opinion, and that’s the range we are in today.”

But working even within that range has been challenging for builders. The National Association of Home Builders tracks the costs of materials that include lumber, cement, sheet metal and other components, and after a brief decline that started in mid- to late 2015 for key materials, prices on almost
all are considerably above levels of 2012-13. On top of that, the 4.1 percent unemployment rate and retirements in the construction work force are squeezing the availability of labor, and wages have risen as a result.

“We are starting to see labor costs level out, and in some areas drop, but material costs show no retreat and developed lot costs are rising quickly because of rising land costs and increased government regulation.” Delibero said. Construction cycle time is rising as cities struggle with processing permit and inspection requests, he said, and the shortage of skilled labor is also extending project timelines.

On the consumer front, new homes are being designed and produced with multiple efficiencies in mind. One of them is energy use, a longstanding consideration for builders, but more recently, efficiency in the use of floorplan and space has become a priority for buyers, many of whom are now seeking low-maintenance, single-floor homes as opposed the sprawling McMansions of a decade ago.

Those amenities, combined with higher production costs, make it difficult to keep prices down, and almost impossible to place a new home on the market for less than $250,000. But that price point, on up to about $350,000, is where the greatest demand for homes is today, as demand is softening for anything over $400,000 in most of the metro area, and over $500,000 in Johnson County, in part because of concerns about rising interest rates. “The biggest challenge for our industry,” Delibero said, “is cracking the code to deliver
affordable work-force housing to meet demand.”