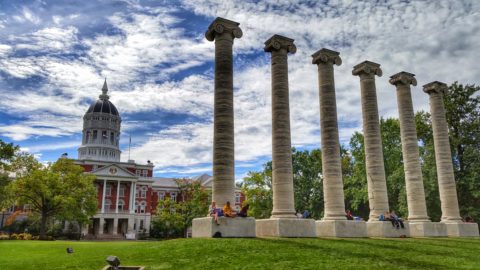 Regional universities are locked in a battle on multiple fronts: Demographic, financial, even cultural. How are they grading out?

One of the great repositories of data on higher education in the United States is the National Center for Education Statistics (NCES) and its Integrated Postsecondary Education Data System.

But be warned: attempts to dive deep into the numbers will produce a blinding array of historical tables seemingly designed more for use by social scientists and social-justice warriors than for assessing institutional progress, student achievement and, perhaps most important to the world of business, employment readiness. You can find all sorts of data sliced and diced around metrics involving race and gender. Finding the business-related concerns takes a little more doing.

That said, Ingram’s has attempted to produce a health assessment of sorts for regional universities, both public and private, at the two-year, four-year and advanced-degree-granting levels. Some of what we have found is highly encouraging, particularly the way regional universities have responded to the demographic challenges of smaller high school classes over the past decade. The numbers show that they are winning that battle, and that the private-sector schools in particular, with a few exceptions, are excelling in that new paradigm.

Are they perfect measurements of regional higher-ed achievement? Unlikely. But they give us an appreciation for how the institutions themselves are moving through time against a set of complex challenges that go right to their very core: the value proposition of a college degree.

It’s been said that many such numbers are measures of how universities are doing as institutions, not how the students themselves are doing. That’s a fair criticism. Continuing coverage will explore additional relevant metrics. For now, however, consider this report a starting point for evaluation and discussion.

The most significant academic measure of college readiness showed sharp disparities within public institutions as a class and as a group when compared to private universities.

The regional crown jewel is no surprise to anyone familiar with higher education:  The average ACT score for incoming freshman at Washington University in St. Louis—average, mind you—was a 33, putting that class in the 99th percentile of students nationwide. Only three other private colleges saw incoming cohorts with ACT scores of at least 25: St. Louis University at 27.6, Rockhurst University at 25.5 and Maryville University at 25.0.

The instructional challenge for public institutions stands out in sharp relief to such marks. While Missouri University of Science & Technology saw an impressive 56.3 percent of its 2013 freshmen with scores of 28.0 or higher, it was the only public school with double-digit scoring of 33.0-36.0 among that incoming class. Only two other public schools—Truman State (27.2) and Mizzou (25.7) topped 25.0.

On the Kansas side, KU was the only regents school with incoming freshman ACT scores above 25.0—and just barely, at 25.1—in that same year, 2013. Wichita State (22.8) and Emporia State (22.1) were slightly ahead of the statewide average of 21.8, while Pittsburg State (21.7) and Fort Hays State (21.5) were slightly behind. Still, every regents university in Kansas had incoming classes with cohort scores that beat the national average of 20.9.

Unlike Missouri, the state does not aggregate ACT records from private universities for comparison.

Ten years ago, college executives looked at the demographics and understood a huge threat was looming: Numbers of students turning 18 were about to plunge, and would stay that way for at least a decade. In the face of that, they began to broaden their marketing beyond traditional targets—some opted for recruiting military personnel, some for more non-traditional students, some with more out-of-state. For the most part, the strategies have worked.

Public universities saw aggregate first-year enrollments rise from 26,666 to 29,581 over that span, while private colleges went from 11,172 to 14,229. Park University on the private side, was the growth leader, up 226.42 percent—nearly double the increase for McPherson College at 155.7 percent. Two others saw increase of more than 100 percent: Sterling College in Kansas  at 122.45 percent and Rockhurst University at 100.93 percent. Two more students at Maryville University would have pushed it to 100 percent growth, as well.

On the public side, the numbers weren’t quite as big; leading the way was MUS&T at 79.37 first-year enrollment growth, followed by UMKC at 59.49 percent. Fort Hays State University was the only other regional public university to see growth of at least 50 percent in first-year enrollment, at 53.90 percent.

Five public universities, however, saw those numbers fall, including K-State and Emporia State among Kansas Regents schools, and two MU system schools: Mizzou and UMSL, and Truman State. The losses, while a concern, were less than 10 percent at four of those (5.02 percent at KSU, to 8.29 percent at Truman), while Emporia State had a bigger challenge with a drop of 24.53 percent.

One way that graduation rates are tracked by the NCES is with a standard of degree attainment within six years of initial enrollment, or 150 percent of normal time. For public, four-year colleges in Kansas, 55.4 percent of students who enrolled in 2011 reached that goal, almost identical to the 55.5 percent rate in Missouri—a rate that precisely matched the national average.

For private schools, those in Missouri fared best of any category, with 60.2 graduation rate, while private colleges in Kansas lagged, at 44.2 percent.

Those regional rates, however, all fell below the 74.2 percent national average for public institutions and 81.2 percent for private colleges.

The statistics are starting to gather some dust, but IPEDs figures from a decade ago, the most recent available, shed some light on which institutions in the region were doing the most to fill the pipeline for the STEM-related jobs considered so vital to economic growth.

Those numbers showed just how far the region had to go to bolster its educational ecosystem and produce more graduates in the science, technology, engineering and math disciplines.

As of 2009, the Big Four, in order of STEM degrees granted, had Missouri University of Science & Technology at No. 1, with 820. Considering its mission dedicated largely to instruction in those fields, that wasn’t considerably higher than Mizzou, No. 2 on the list at 769.

Kansas State, with 695, and KU, with 532, were the next biggest players, with Washington University in St. Louis rounding out the Top 5, issuing 403 STEM degrees at the bachelor’s level. But the numbers started to decline rapidly from there.

What’s most surprising about those areas of study, perhaps, is that level of concentration: the seven largest programs in the two-state region issued more STEM degrees than did the next 61 degree-granting institutions- combined. And only 68 of the 271 institutions of higher learning offered STEM degree programming, with nearly half handing out fewer than 30 diplomas that year.

In terms of leveling the playing field by gender, the sector still had a long way to go, with men securing those degrees at more than twice the rate of women, 4,350 to 2,328.

Right up there with sightings of Bigfoot and unicorns, in terms of reliability, are the published tuition and fee schedules reported to the NCES by universities. The fact is, nearly every university offers scholarships and discounts that deeply cut into those published figures.

Still, the numbers can provide some guidance on how effective both public and private universities have been at one of the biggest criticisms going: costs that are rising significantly higher than the rate of inflation, which according to the Department of Commerce calculator ran 23.5 percent over that span.

In that regard, some of the true superstars of college cost containment are in Missouri, with all four of the MU system schools reporting 2017 tuition and fees that, inflation-adjusted, are lower than they were in 2007. Among even that elite group, the University of Missouri-Kansas City stood out, with costs up 9.25 percent—well below the 23.5 percent in-
flation rate. The mother ship in Columbia, UM-St. Louis
and Missouri Science & Technology were also below the inflation rate.

The flip side of that was on the Kansas side, where KU’s rates were up 86.17 percent, and K-State up 70.86. Of the 132 institutions with figures consistently reported during that decade, only 13 were able to beat the inflation rate. Joining the Missouri system universities in that rarefied group were Missouri State University, the University of Central Missouri, and Truman State University. Metropolitan Community College nearly made that cut, with costs just 4 percentage points above the inflation rate.

Outside the ranks of four-year institutions, technical schools on the Kansas side were particularly hard hit, with sites in Manhattan, Emporia and Salina all posting increases of roughly 117-125 percent.