Give a Charity a Chance 2014 Winner 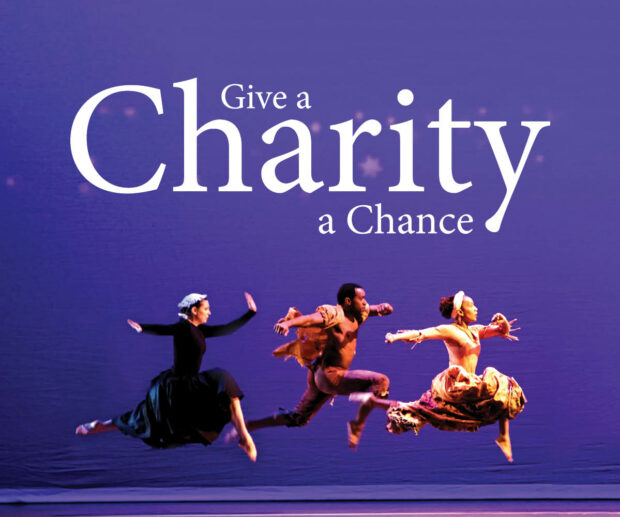 Störling Dance Theater wins the drawing for a 2014 adver-tising package in Ingram’s and Ingrams.com, valued at $25,000.

When he first heard the news that Störling Dance Theater had won a year-long print and on-line advertising package worth $25,000 from Ingram’s, executive director Jeremiah Enna had a one-word reaction: “Amazing!” Then another: “Amazing!” And that’s when the full sentences came flooding back in: “That is so fantastic!” he gushed.

Enna is one half of the leadership at the non-profit launched in 1998 with his wife, Mona Störling-Enna, a native of Finland who serves as artistic director for the dance theater. The advertising package, he said, would be a difference-maker for the Olathe-based organization.

“Having this chance to present ourselves over an entire year is really an amazing opportunity, because we can go beyond just the motto or the basics and go into detail about the many things we’re involved with—and we can let people know that we have this world-class dance company here,” Enna said.

The concept for the prize stem-med from discussions among Ingram’s senior managers earlier this fall, as they sought to bring a new depth to the magazine’s goal of supporting philanthropic efforts in the region generally, and non-profit organizations specifically. For the past 17 years, each December edition has been dedicated to coverage of regional philanthropy, especially the role that businesses play in supporting it.

From that commitment, Ingram’s for more than a decade has recognized stellar individual philanthropic and volunteer efforts with its Local Heroes awards, and since 2008, with Corporate Champions honors that pay tribute to the same commitment on an organizational level.

So it seemed a natural next step to find a way to promote the health and vigor of non-profits with a campaign aimed specifically at their interests. Those organizations have had several challenging years since the economic downturn began in 2007, and only recently have some—though by no means all—seen increases in the ability of donors to resume their previous levels of giving.

The process was simple: Non-profit agencies with an ad or profile page—whether paid or sponsored on their behalf in Ingram’s December edition—would be eligible for a drawing to determine the winner. From that group, a drawing yielded the Störling Dance Theater.

A year-long advertising campaign in a highly visible medium that targets business owners and executives—the kinds of people whose financial contributions, board service and voluntarism as so vital to non-profit success—will allow the dance theater to build on an expanding network of connections, Enna said.

The ad package was a huge incentive, he said, “but at the same time, this year our gala has been elevated by having by having the Sprint Foundation and McCownGordon Construction involved, and we thought it would be the perfect time to get the word out to the larger business and philanthropic community,” Enna said. With Ingram’s December issue’s sig-nificant focus on philanthropy, he said, “we thought this particular publication was perfect for that.”