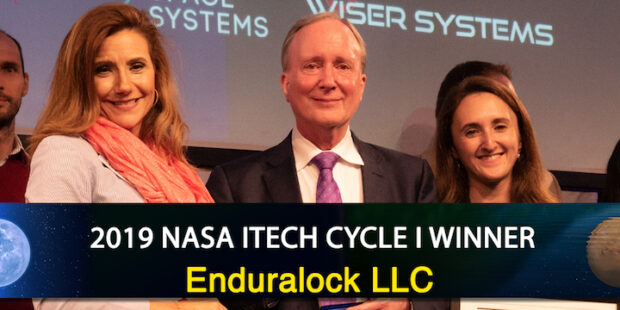 A small Lenexa-based engineering-solutions firm is quickly grabbing the attention of some very big players. Enduralock, which makes industrial fasteners, was recently named a winner of NASA’s iTech Cycle I forum, which recognizes innovative companies that provide solutions for both space flight and challenges on Earth.

Founded by Harold Hess, a Lenexa neurosurgeon, Enduralock’s Radial Lock Bolt fasteners can withstand 300,000 cycles of vibration, which is ten times the aerospace industry’s requirement. They can be placed on objects permanently but can also be taken off for required maintenance, which sets them apart from other industrial fasteners, Hess says.

That has equated to potential big business for the firm, which has nine patents in the United States, one in Canada, and 17 pending around the world. Hess has had several meetings with NASA about potentially using Enduralock products. He has also met with the U.S. Army, Boeing’s helicopter division, Halliburton, and Shell, for its pipeline business. Enduralock already works with oilfield firm Superior Energy, and Gulfstream Aerospace is creating internal part numbers for the future use of Enduralock fasteners. Revenues, which were about $40,000 last year for Enduralock, which was founded five years ago, are projected to hit $1.6 million in 2019.

The idea for Enduralock came out of another venture co-founded by Hess, Spinal Simplicity, which makes FDA-approved spinal-implant locking devices that treat orthopedic disorders. “I realized that the lock would have a lot of industrial applications,” Hess said.

Enduralock products are manufactured by companies both in the United States and overseas. Though a range of metals can be used in their production, Hess says most of the locks so far are titanium and Inconel alloys.