Freedom Via the Captive Model

Some employers are having success controlling their health-care spend by embracing this spin on self-insurance. 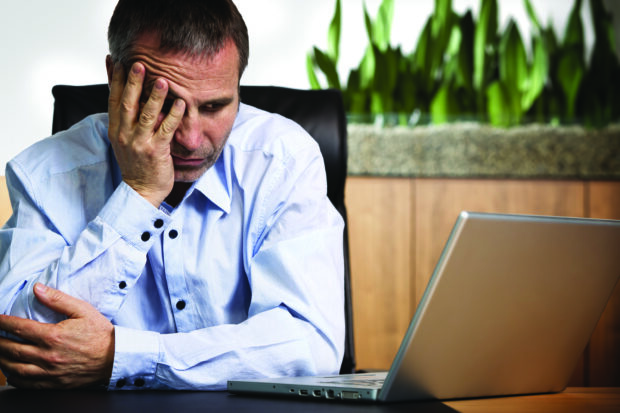 For Eric Mettemeyer, it was the same head-spinning question that small-business executives had faced for years when they would sit down to assess the premiums they pay to provide health insurance for workers.

“You’re staring it the face of large increases on a fully insured basis, and you have to ask yourself, ‘Is there an alternative?” he says. “You can shop around if you’re fully insured, but the real question became, for a company of our size, is there an option?”

In his case, and with his company—EML Payments—there was. It meant finding another way to manage some of the underlying risk by entering the self-insurance market through what’s known as the captive insurance model. It’s a way for small companies to pool resources to share and spread out large-claim risks, even though on an individual basis they’re not as big as large companies that have traditionally gone the self-insurance route.

“Self-insurance may make sense for very large companies that can manage risk across a large employee base, but we were only 80 employees at the time,” Mettemeyer says. “What we found out in talking with our broker was that it could make sense because of the captive insurance concept.”

For EML, that would mean pooling the risk with another 50 to 100 companies of similar size. “That creates a structure that allows you to be self-insured up to a limit, a reasonable limit for a company of your size,” he said. Then there is a second level that the captive covers, and a third level for catastrophic claims.”

Making that move made economic sense, but it made even more sense from a human-capital point of view, he says. “One of the main themes that came out of getting into self-insurance was the concept of making your employees consumers of health care,” he said. “You can do that in a fully insured world, as well, but our captive came in and engaged us on taking control of costs. If you blindly ignore that, they will get out of control.”

He wasn’t alone in making that move.

According to the Employee Benefits Research Institute, the number of companies that self-insure at least one plan increased from 28 percent to 39 percent in the two decades between 1996 and 2015. Specific to health insurance, the number of employees covered by self-insured plans surged from 46 percent at the start of that same period to 60 percent by 2015.

Clearly, though the froth at that market was taking place at the upper end. The percentage of health-plan-covered workers employed by companies with at least 1,000 employees and enrolled in self-insured plans shot up by nearly a third, from 67 percent to about 86 percent. At mid-size companies, the shift was far less noticeable—from 39 percent to 40.5 percent—and with companies that have fewer than 100 on the payroll, it ticked up a single percentage point, hitting 14 percent.

There are signs that the latter trend lines may be poised to move up.

In the final two years of that study period, mid-size companies with self-insured plans rose by nearly one fifth, from 25.3 percent to 30.1 percent, and at small companies, the figure was up 7 percent. Larger firms, however, stepped back a bit, from 83.9 percent to 80.4 percent. In terms of employees covered, however, small companies led the way—those with 25-99 workers and those from 100-999 posted the biggest gains.

At Philadelphia-based Pareto Captive Services, managing director Andrew Cavenagh says that the move is making more sense for small companies because of the way it changes the nature of the relationship between employer and employee. “The way we look at the world, too often, you’re paying for taxes, carrier profits, you don’t get any meaningful data and employers still pay their own claims,” he said.

The data piece is vital, he said. For example, if an employer has information that a disproportionate number of people on staff have diabetes at higher than average rates, executives can pivot to make A1C testing free. The cost for that service is tiny compared to the claims that come from treating cases of people who aren’t aware they have a problem. “Or if you see that a vast majority are not getting appropriate cancer screenings, you can do something to see that they get them,” Cavanagh said. “That’s something that the fully-insured employer doesn’t get.”

Smaller companies going the captive route, he said, can avoid some of those costs, but most important, they get access to usable data than can drive benefits planning and help engage employees with both better behaviors and better choices.

While accountability for the risk piece has shifted, executives say, it still makes sense to collaborate with insurers, who have a wide array of administrative functions that have to be built into the process—especially the provider networks for both physicians and hospitals. Blue Cross Blue Shield of Kansas City, the region’s largest insurer, has a self-insurance option to address that very market, and introduced it in 2015.

“We had employers asking for an option via their brokers,” said Ron Rowe, Blue KC’s senior vice president for sales, marketing, and underwriting.
With the administrative-services only option, or ASO model, Rowe said, “we’re not providing the stop-loss insurance. These folks who go ASO are self-funded, but only going up to a certain point.” BlueKC still helps provide risk protection, just not the 100 percent level from the full-insured model. In exchange for the lower costs, ASO and captive clients assume greater risk.

“On most groups that go ASO, somebody still has to process claims, negotiate reimbursement with providers, and that’s what we bring to the table,” Rowe said. And while there has been some migration from fully insured to risk-sharing models, he said, “there’s been more talk about this than actual movement.”

One company that has been part of the movement is Spring Venture Group, where CEO Chris Giuliani and his executive team made the switch in the final quarter of 2015.

“We were previously on a traditional coverage model,” Giuliani said, but “we wanted more control of our healthcare costs, so that we could be more strategic with our benefits design and spend.” As one of the region’s fastest-hiring companies, the on-line insurance services company, he said, was “growing in the number of lives on the plan, and felt that a more strategic approach would allow us flexibility to design our plans in ways that would attract, retain, and support our people.

The goal was not just managing the cost side, he said, but the company’s ability “to enhance and expand our benefits offerings. We knew that our ability to improve benefits and costs would be critical in our plan for attracting and retaining employees.”

Just a year into the captive model, Holland 1916 also made the move to address what COO Drew Meyerowich called a “drastic” and steady rise in healthcare costs. Making the move imperative, he said, was that “we have not passed on those higher costs to employees since I’ve been here the past five years.” Continuing to eat those alone wasn’t an option.

But there was more to it than cost management, he said. “In our industry, we are a leader in taking care of our people—we have almost no turnover,” Meyerowich said. “It helps with quality not to lose people all the time, and with all these costs, we realized we had to do something.”

Going the captive route, he said, helped both with the quality of care of employees and the quality of their lives. “We do believe empowering people with knowledge that will help them make better choices in terms of care for themselves, and in turn, take better care of the company.”

How has it worked out?

At the end of one year, increases in premiums are lower than with traditional insurance, he said, and employees are reacting favorably to various incentives. “We do recognize already that people taking a more active role in their own health care,” he said.

Even insurance brokerage Thomas McGee is on board with the movement.

“We were already self-insured when we joined the captive, but the reason we joined is because we realized it was the most efficient reinsurance policy on the market,” said Rich Cray, an associate partner. His assessment of where the captive model could be most attractive? “It’s definitely geared toward the small to mid-cap companies of about 100 to 300 people,” he said. Much smaller than 100, and companies often lack the resources to effectively manage plans; much bigger, and communication channels can become restrictive. “Managing employee anxieties is part of it,” he said.

A big benefit, Cray said, was the sharing of information between members of a captive via an annual assessment of effective strategies, practices and programs. What works best for a sheet-metal company with a high rate of employees who smoke won’t be the same as for a small financial-services firm, but there are still plenty of good ideas that can be shared and implemented.Coming soon, he said, will be shared health-care clinics for captive members, staffed with primary-care physicians and nurses who will continue to see those employees regularly, and establish provider relationships with them.

“Most big companies are going down this road,” he said, “but the small can’t afford to do it alone, so when they get into a group of innovative and adaptive employers with the right people, it’s the perfect model.”