Bassham to retire as CEO at Evergy

The company announced Thursday that Terry Bassham has decided to retire as president and CEO at Evergy, where he is also a director. Bassham intends to continue serving in his current roles until a successor has been found.

Terry Bassham, president, CEO and a director at Evergy, has decided to retire his positions at the company. 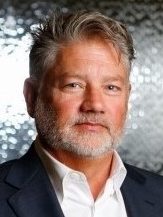 Bassham informed the Board of Directors of his decision, agreeing to stay on in his current roles until a successor has been appointed, the search process expected to conclude by the end of the year.

Since its formation in 2018, Bassham has served as president, CEO and director, through the combination of Great Plains Energy and Westar.

Prior to his time at Evergy, Bassham served as the Chairman of the Board and CEO of Great Plains Energy starting in 2012.