There's a reason why the song was titled, ‘Everything’s up-to-date in Kansas City.’

A lot of people know about Hamburg, Germany because of the place it holds in the backstory of The Beatles rise to fame. But in Kansas City’s cultural community, Hamburg is known as the home of Emporis, a global gatherer and provider of data on buildings of high public and economic value worldwide. In 2014, Emporis put Kansas City’s Kauffman Center for the Performing Arts (K-Pac) on its list of the best 15 concert venues in the world.

That says a lot about a very impressive building, but it says even more about the people of the Kansas City region: they put a high value on quality when it comes to entertainment and culture.

K-Pac got its parking garage courtesy of the city, but the center itself was built with $413 million in private funds. Most of that money came through Kansas City stalwarts, the Kauffman family, and their foundation, but a lot of people joined forces to move K-Pac from dream to reality. The center features two performance spaces—Muriel Kauffman Theatre (1,800 seats) and Helzberg Hall (1,600 seats)—and is home to the Kansas City Ballet, Lyric Opera and Kansas City Symphony. A broad variety of other programming throughout the year makes K-Pac a destination for a wide audience. 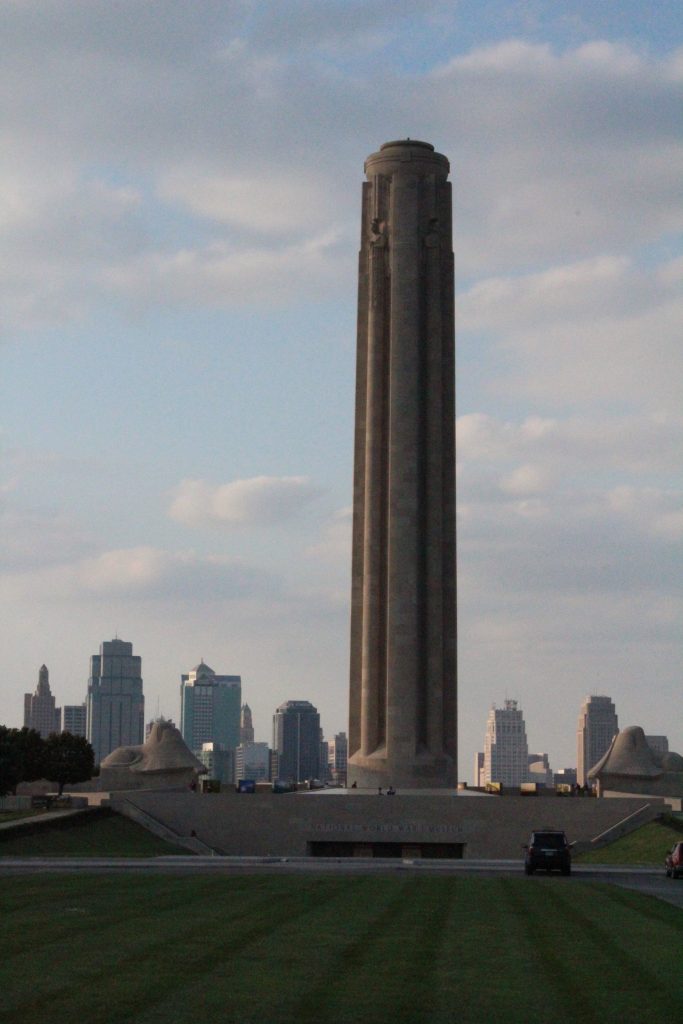 Centennial Summit | Towering over the Downtown skyline, the Liberty Memorial is enjoying a resurgence of interest as the end of the 100th anniversary of World War I draws near.

Not far from K-Pac, visitors can find the Crossroads Arts District, a neighborhood of vacant and underused warehouses reclaimed by the region’s artistic community. On First Fridays, the area is filled with art lovers going gallery to gallery, enjoying an impressive array of artistic expression.

A short walk from the Crossroads will bring you to the Todd Bolender Center for Dance and Creativity, which occupies a building that was once the power house for nearby Union Station. Bolender Center is the administrative and operations center for the Kansas City Ballet and other dance-related programs and activities.

All of the above, plus the $850 million Power & Light District, which includes the highly-regarded Sprint Center arena, is part of an astounding rebirth that has repositioned Downtown Kansas City as a destination for locals who used to avoid it and for fun-seekers from a four-state area.

The Power & Light District weighing in at nine square blocks of entertainment energy, featuring upscale restaurants with outdoor seating, an outdoor performance space, creative landscaping, and after-dark light displays that bring a whole new level of vibrancy and atmosphere to the surroundings. And it all sits right across from the Sprint Center, which has put Downtown Kansas City on the map as a favorite venue for top-tier tours by A-List performers.

Such an arts & entertainment presence should come as no surprise in a region that has made many significant contributions to that world over the years. Kansas City’s pioneering role in jazz and blues—truly American art forms—is legendary.

And the city stands alone in preserving and celebrating the legacy of professional baseball’s Negro Leagues. Museums dedicated to both of those unique aspects of American cultural history are to be found in the 18th & Vine Entertainment District, which also happens to be the historical center of African American culture and commerce in Kansas City.

We should also mention the cultural gem that is the physical city itself. The people who planned Kansas City built captivating fountains and dramatic boulevards that give it sophistication and grace most cities its size can’t match. And because those features are part of the city’s origins, they’ve been emulated by communities throughout the region.

Within short distances of the newly revitalized downtown, there are entertainment and retail districts to suit an incredible range of tastes. For elegant shopping and fine dining, there is the famous Country Club Plaza (think Kansas City’s answer to 5th Avenue). The Westport Nightclub District is an eclectic mix of places frequented by a mostly younger set. “Restaurant Row” on 39th Street features a variety of restaurants with something for everybody. 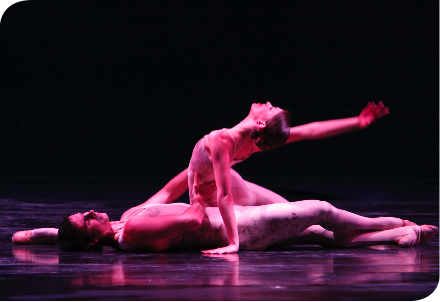 Performing Artistry | The Kansas City Ballet is just one thread in the fabric of artistic organizations that fill the Kauffman Center for the Performing Arts with world-class music, song and dance.

Not far outside of the city’s core there are other retail and entertainment venues that bring yet more variety to the region’s offerings. Zona Rosa and Briarcliff Center in the Northland, Eastland and Hartman Heritage Centers to the east, and the wildly successful Vil-
lage West retail district, which has rewritten the economic development history of neighboring Kansas City, Kansas, which mostly sits due east.

And no inventory of the region’s cultural and entertainment amenities would be complete without mentioning the economic powerhouse that is Johnson County, Kansas—a collection of suburbs 570,000 thousand people strong. It offers all of the shopping, dining, and entertainment you’d expect from a county consistently ranked among the nation’s 20 most wealthy.