Members of the United Steel Workers Local 6943 have launched a strike against Bradken Foundry in Atchison, Kan. The Union cited unfair labor practices affecting its senior employees. The strike began this week after the Union failed to come to terms during contract negotiations with company officials. 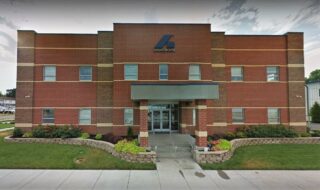 The strike began at 5 p.m. Monday, March 22. Union members said they do not know how long the strike will last.

“Service bargaining and unfair labor practices are why we’re doing this,” Union President Gregg Welch said in an interview with the Atchison Globe. “It’s about protecting our seniority rights and keeping our senior people working.”

The last year has produced a number of strikes similar to that at Bradken Foundry, typically in manufacturing, said Bob Jacobi, executive director of the Labor Management Council of Greater KC.

There are a couple of reasons why that is, Jacobi said, one being changes in ownership or management. A change in philosophy and how things are approached with new owners can cause friction.

From the community perspective, another cause could be due to the general shortage in workers that are qualified in that area of work, especially during the time of COVID-19, Jacobi said.

From the management side, an increase in competition could leave ownership opting for changes to cut costs, often resulting in employee resistance.