Education and the Workforce

Kansas draws economic might from universities large and small. 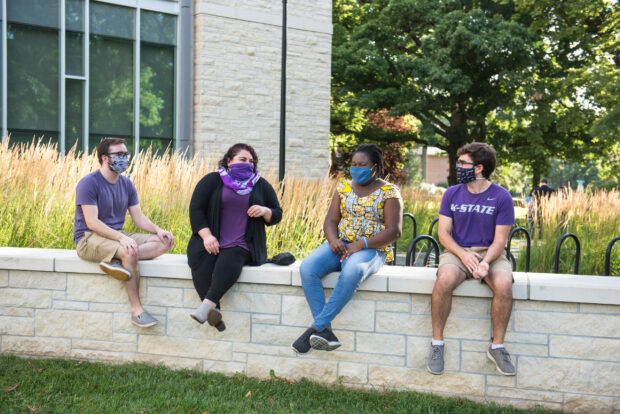 The fates of Kansas’ business economy and its educational system are intertwined. That has long been the governing principle that underpins public funding of education in the state; arguments in policy circles have tended to be framed by differences in spending levels deemed affordable in any given year.

There’s little question, though, that the crown jewels of academia in the state are its Big Three institutions that fall under the aegis of the Kansas Board of Regents—the University of Kansas, Kansas State University, and Wichita State University. Combined, they account for 60 percent of the undergraduate and graduate students enrolled in the system’s schools.

The biggest of them is the University of Kansas, based in Lawrence. It has more than 26,000 students on that campus and its affiliated operations at the University of Kansas Medical Center in Kansas City and satellite medical school in Wichita.  It offers more than 170 fields of study with 14 schools that include liberal arts, graduate, allied health, architecture, business, education, engineering, fine arts, journalism, law, medicine, nursing, pharmacy, and social welfare.

Its counterpart, Kansas State University in Manhattan, also ranks nationally among state universities in multiple categories. It was the first college in America to be officially designated a land-grant school when it opened in 1863, and offers a variety of degree programs for nearly 24,000 graduate and undergraduate students.

The third leg of that triumvirate is Wichita State, the only large urban university in Kansas and the educational home to nearly 15,000 students. WSU has made major contributions to the city’s claim to be the Air Capital of the World, with aerospace and engineering programs that have fed companies in the local economy for decades. In addition, Wichita State was at the forefront of the move to make entrepreneurship an academic exercise; the university’s Center for Entrepreneurship opened in 1977 before the word had even become a fixture in American business circles.

The three other Regents schools also bring much to their communities and the state’s overall economy. The largest of them is Fort Hays State University in the city of Hays. This four-year liberal arts, state-assisted institution offers four colleges of study—arts and sciences, education and technology, business and leadership, and health and life sciences, as well as graduate programming that has bolstered enrollment (topping more than 11,000 this year) with online instruction.

Pittsburg State University, established in 1903, sits on a 223-acre campus and enrolls about 7,000 students. It is the largest university in southeast Kansas, with more than 25 academic programs, including a vanguard technology center inside the largest academic building in Kansas. Because of the university’s presence, the community’s educational attainment rate is significantly higher than elsewhere in rural southeast Kansas. More than 84 percent of adults achieved high-school diplomas, while about 24 percent have bachelor’s degrees.

In the city of Emporia is Emporia State University, a four-year liberal arts college that has been named among the “Best in the Midwest” by the Princeton Review. The university’s name has changed four times in response to the university’s growth and the increased advantages it provides to students and the citizens of Kansas. The school was founded as Kansas Normal School and later became Kansas State Teachers College, Emporia Kansas State College before adopting its current name in 1977. With more than 6,200 students enrolled, the school is nationally known for its teacher-preparation program and is the only area institution to offer a Ph.D. in Library and Information Management.

Private colleges, most of them affiliated with various religious denominations, dot the Kansas landscape. The larger ones include Baker University in Baldwin City, Newman and Friends universities in Wichita, Southwestern College in Winfield, Benedictine College in Atchison, Ottawa University in Ottawa, Kansas Wesleyan in Salina, and MidAmerica Nazarene University in Olathe.