THE REGIONAL ECONOMY HUMS TO THE TUNE OF HIGH-PERFORMING INSTITUTIONS.

Building Block | The Bloch School of Management at UMKC is a nationally recognized business school that helps produce entrepreneurially minded graduates for the region.

To live and do business in Kansas City is to be part of a bifurcated culture. The intersection of 20th Street and Main, just south of the heart of Downtown, is less than one mile from the Kansas River, and a few hundred feet further west, is the Sunflower State itself.

The line dividing those states has been the object of civic frustration for decades—and a marker between safe spaces and danger zones, depending on your antebellum allegiances, going back well more than 150 years. But it is not without its upsides these days, and in few aspects of Kansas City life is that as apparent as with education.

What hath that line wrought? For starters, in a metropolitan community of just under 3 million people, it provides quick access in greater Kansas City to the public university systems of two states. Those assets include two schools of medicine, nursing and pharmacy, along with one established dental school and another being planned.

More broadly, it means students here can reach, within about a two-hour drive east or west, any one of three major research universities, two of them with land-grant designations, and two that are among the 62 members of the prestigious Association of American Universities, with the University of Missouri boasting both of those distinctions.

That state line also separates state-supported community college systems that have combined enrollments of more than 50,000 students combined each year. They include the five-campus Metropolitan Community Col-
lege system on the Missouri side and the Johnson County and Kansas City Kansas community colleges to the west.

The range of private colleges is impressive as well, and includes the largest medical school in Missouri. Those liberal-arts colleges are more than just four-year schools; they support the MBA-granting ecosystem in this region and offer certification courses that contribute to continuing education for the regional work force.

And finally, while the superintendents of K-12 public-school districts have their own issues with how much support their schools are receiving, they still command the attention of education policy-makers and legislators in two state capitals, Jefferson City and Topeka.

All told, at the collegiate level alone, more than half a million students are working towards degrees in this region, positioning themselves for career success as part of the emerging Kansas City work force.

The largest among them is at the very heart of the metro area. The University of Missouri-Kansas City, one of four campuses in the University of Missouri system, sits just east of the Country Club Plaza, and has more than 16,000 students on either that main campus or on the medical-education facilities that grace the Downtown area’s Hospital Hill. Among UMKC’s main assets is the Henry and Marion Bloch School of Management, a nationally recognized leader in the promotion of entrepreneurship.

The Kansas Board of Regents is advancing plans for a state-funded school of dentistry in the Kansas City area, most likely on the KU Medical Center campus abutting that aforementioned state line, just west of Midtown Kansas City. That would likely spell the end of a 54-year-old bistate agreement to send Kansas students to UMKC’s dental school at in-state tuition rates, a courtesy reciprocated by KU and K-State with architectural students from the Missouri side.

KU’s med center is a powerful engine for both instruction, research and economic growth, as the sprawling campus of the University of Kansas Health System might attest.  The school of medicine there is but one of three KU facilities within an hour’s drive of Downtown Kansas City; the KU system, with more than 28,000 students in all, has its main campus in Lawrence and a satellite Edwards Campus just two miles south of Johnson County Community College.

The the largest medical school in the state is Kansas City University of Medicine and Biosciences, or KCU, a private entity that has trained osteopathic physicians for more than a century. Those graduates form a large segment of the provider network that serves the two-state area.

In academic research terms, the metro area stands out as the midpoint of what’s known as the Animal Health Corridor, that stretch of Interstate 70 populated by headquarters, laboratories or operations of companies that account for two thirds of the world’s spending on pet and livestock care. The region’s profile in that space is growing ever-closer to the anticipated 2020 opening of the first phase at the National Bio and Agro-Defense Facility, adjacent to the K-State campus in Manhattan campus. The $1.25 billion venture will be the nation’s premier facility to defend against threats to the food supply and livestock industry, and the work there in animal health and life-sciences research is expected to jump-start spinoff companies that will make this region a global leader in those fields.

Those large institutions just scratch the surface of what’s available in this region, where nearly 200,000 students in the metro area are working toward certifications, associates, bachelors or advanced degrees at community colleges and at private colleges that include Park University in nearby Parkville; Rockhurst University, just across Troost Avenue from UMKC; Baker University, Mid-America Nazarene University, Avila University, William Jewell College, and less than an hour way, in Atchison, Kan., is Benedictine College.

And then, supplemented by some highly respected private and parochial schools, there are high-performing K-12 public school systems that include the Blue Valley, Olathe and Shawnee Mission districts on the Kansas side, and the Lee’s Summit and Parkville districts in Missouri. All are in the running each year to claim the top spots on the list of highest-scoring graduating seniors taking the ACT test. 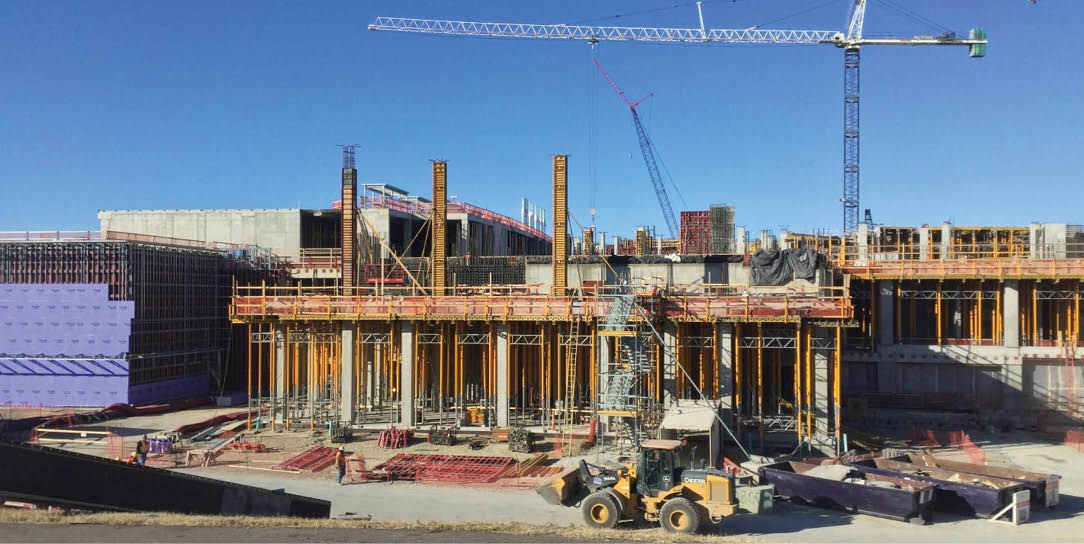 Game-Changer | The $1.25 billion NBAF project in Manhattan, Kan., is expected to touch off a new era in research and commercialization for the region.