Although Missouri has long been recognized as a transportation hub, recent developments in that sector have allowed the state to leverage its central location into an even more competitive advantage.

This comes on top of a strong transportation and infrastructure foundation that offers more options than many competitors. 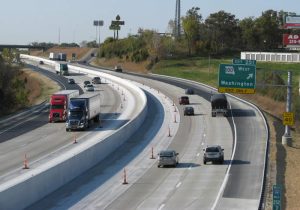 From St. Louis, Interstate 44 is a pathway to the American Southwest, while the cross-state I-70 is a key east-west transportation corridor through the nation’s heartland.

Missouri possesses a well-rounded transportation network with a hard-to-match combination of air, rail, road and water options. The availability of so many alternatives provides the region with some of the lowest shipping costs in the country, an advantage that is attracting a wide range of distribution companies and firms with significant transportation components.

The most obvious strength involves Missouri’s location near the virtual center of the United States and the strategic interstate and highway network that converges here. With major east/west and north/south roadways crossing the area, shipping to or from Missouri has multiple multi-lane routes from which to choose.

For other needs, Missouri’s rail service may be unequaled in the country. Kansas City is the second-largest rail center in the United States; St. Louis is the third. As with the highway advantage, Missouri’s rail infrastructure benefits from its central location, with spokes radiating to locations throughout the nation, and even to Mexico and Canada. The area  is also home to several intermodal centers.

Air transportation may be one of the most surprising Missouri strong points. The two headliners are at opposite ends of the state in the two largest metropolitan areas, Kansas City and St. Louis. Springfield’s airport is closing the gap, however, and is one of the fastest-growing facilities in the country.

The major St. Louis facility, Lambert-St. Louis International Airport, has 81 gates and serves a dozen airlines. It is not long removed from a massive $1.2 billion expansion project. The project included the installation of a fourth major runway. That expanded airfield capacity by up to 50 percent, increasing service and the airport’s appeal to airlines. The new installation allows two runways to be operational even in inclement weather.

Across the state, a $2 billion remodeling of Kansas City International Airport is well underway and on target for completion in early 2023. In addition, planners have proposed the use of nearly 8,000 undeveloped acres at the airport for a city within a city. About 640 acres of that is devoted to the blossoming KCI Intermodal Business Centre, a business air park that includes air cargo facilities, light manufacturing and commercial office space with easy access to the airport.

Though not as critical as in past years, river transportation is significant for a number of industries, from heavy manufacturing to agriculture. St. Louis has one of the prime locations in the nation for river use, with immediate access to the Mississippi, Missouri and Illinois rivers. St. Louis is home to the nation’s second-largest inland port by trip ton-miles. Kansas City, with the Missouri River, sees similar benefits, and the state boasts other river ports, as well.

Missouri also boasts a sophisticated telecommunications network. St. Louis and Kansas City enjoy exceptional resources for companies in that sector, and call themselves home to some of the nation’s leading information and communication corporations.