One easy yardstick for measuring Missouri’s real-estate values is the price of a single-family home, which allows ready—and highly favorable—comparisons with markets nationally.

In Kansas City, nearly 90 percent of homes on the market are within financial reach of the median family income of slightly more than $54,000. And across Missouri, that barrier to ownership is even lower.

Now think about this: In San Francisco, the nation’s most expensive city for housing, a family earning the median income of $112,500 can afford to purchase a home from within 16.5 percent of the houses on the market there—five out of six properties are too expensive for them. Five out of six. Pity the seller looking for qualified buyers of a home at the median value of $1.12 million 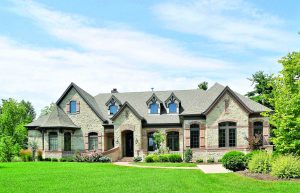 Replayed at varying degrees of exclusion in coastal cities around the nation’s perimeter, that dynamic has profound implications. And not just for would-be homeowners in those locales, but for buyers in Missouri, where cost of living one of its undeniable strong points.

Driven largely by its comparatively affordable real estate and housing, Missouri is especially well-positioned in those key areas that often attract businesses. Housing costs here are consistently recognized as among the lowest in the nation, following the historically affordable pattern of Midwest home prices as a whole. Missouri is roughly in the middle of this group, offering higher prices than some southern markets, but more affordable costs than many found in Illinois or Indiana, for example.

There is some price variation within the state. The larger metropolitan areas of St. Louis and Kansas City generally have the highest real-estate values in the state.

Home prices have generally rebounded across Missouri in recent years, as they have in many parts of the nation. The shifting numbers, though, continue to favor residents here. The median sales price of an existing single-family home statewide was $137,000, according to the 2019 Census update, compared to the national figure of $176,700.

According to the National Association of Realtors, current median home values in the St. Louis area are $131,500, while Kansas City stands at $156,400, which includes homes in the city’s more expensive suburb, Johnson County, on the Kansas side.

Smaller communities posted impressive results, as well. In Springfield, median home prices have remained relatively stable in recent years. And in the center of the state, Columbia’s median home price has increased from $134,900 before the Great Recession in 2006 to $191,800 this year.

While sales are mixed, commercial real-estate market conditions remain stable after post-recessionary declines, a fact noted by real-estate companies and Federal Reserve reports. For several years, developers pulled back on plans to build as concerns over credit markets stalled projects. But the revitalization of the Downtown Kansas City office market continues, and vacancy rates have fallen in some areas of St. Louis.

Out-state development has been heavily influenced by location, with intense growth and corresponding higher market value near strategic transportation corridors and surrounding major growth areas, including the two major metro areas as well as markets such as Springfield, Joplin, St. Joseph and Columbia. Reflecting the state’s overall central location, these developments have often been led by distribution-related facilities, although light manufacturing and some high-technology industries are included as well. Service facilities, such as insurance processing centers, have also cropped up to take advantage of state’s centrality.

One of the most unusual real-estate trends may be in some of Missouri’s long-standing resort and recreation areas. Regions such as Lake of the Ozarks have added considerably to their former, one-dimensional real-estate markets with developments in everything from retirement living to more traditional commercial development. While often dependent on local initiatives and infrastructure funding, these efforts have had a significant impact on real-estate values in areas such as Camdenton, Osage Beach and Branson.