Missouri’s cultural and arts environment is rich and diverse. 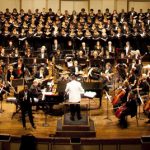 Many of the high-end activities, of course, can be found in the state’s major cities. The oldest and largest, St. Louis, takes the lead in several areas, although Kansas City, Springfield and even some smaller cities are catching up, and all have unique offerings of their own.

St. Louis, a major cultural center for the Midwest, brings one of the richest arts and entertainment environments in the region. Its outstanding amenities include the award-winning St. Louis Symphony (which dates to 1880), the Repertory Theatre of St. Louis, the summertime Opera Theatre of St. Louis, the Fox Theatre and The Muny in Forest Park’s outdoor amphitheater. In addition, the Black Repertory Company, perhaps the nation’s premier venue for African-American performance art, makes its home at the 450-seat Grandel Theater.

Dance St. Louis sponsors performances with local, national and international companies, and offers a dance education program. The St. Louis Art Museum in Forest Park, the Fine Arts Palace of the 1904 World’s Fair, today offers contemporary, and audio and video art in addition to traditional pieces. Washington University’s Gallery of Art was the first museum west of the Mississippi River. And the Missouri Historical Society Museum, founded in 1866, has a collection of historical materials that illustrate St. Louis history, from the first settlers to Charles Lindbergh.

Kansas City serves as a major regional center for parts of four states, with internationally known museums, energetic gallery districts and outstanding performances. The best known of these is the Nelson-Atkins Museum of Art, with works ranging from 5,000-year-old Egyptian pottery to contemporary sculpture. The Nelson, widely known for one of the world’s finest Asian art collections, is also home to the Bloch Building, a 165,000-square-foot addition created by architect Steven Holl. Nearby, the Kemper Museum of Contemporary Art features the work of many outstanding artists.

Kansas City also has a vibrant theater scene. In addition to large traveling shows that often appear at the Music Hall, the Kansas City Repertory Theatre, the Unicorn Theater and the Kansas City Actors Theatre are among the city’s stand-out organizations producing plays and musicals. The outdoor Starlight Theatre in Swope Park presents shows and concerts under the stars during the summer months.

The Kansas City Symphony is growing in reputation and has been based in the new Kauffman Center for the Performing Arts since that venue opened in 2011. It’s a world-class performing arts center that is also home to the Lyric Opera and the Kansas City Ballet. The city is also world-renowned for its contributions to jazz, and still hosts a vibrant community of musicians.

Culture also thrives outside of Missouri’s biggest stages. In St. Joseph, features include the city’s symphony and the Performing Arts Association. Other highlights are the Robidoux Resident Theater and the Albrecht-Kemper Museum of Art. The Allied Arts Council, St. Joseph’s umbrella arts agency, provides a guiding hand and organization. Like many of the state’s communities, St. Joseph benefits from the influence of its resident centers of higher education, especially Missouri Western State University.

Springfield and Joplin are also regional centers. A principal venue in Springfield is the Juanita K. Hammons Hall for the Performing Arts. Dating to 1934, both the Springfield Symphony Orchestra and the Little Theatre boast a longevity that endures each to the community. Among the city’s other performance arts institutions are the Springfield Regional Opera and the Springfield Ballet. Missouri State University offers a summer series at its Tent Theater.

Several amenities grace Joplin, but two of the most outstanding are the Dorothea B. Hoover Historical Museum, a branch of the Joplin Museum Complex, and the George A. Spiva Center for the Arts. The historical museum emphasizes the growth and development of Joplin in the Victorian period. The Spiva Center, located in Downtown Joplin, offers art exhibits, workshops, tours and other special events throughout the year.

Any list of this nature is inherently unfair, leaving out the wider range of culture and arts centers throughout the state, which literally are too numerous to list here. Kirksville and Columbia, for example, have dramatic offerings in large part because of the resident universities and colleges. And in Cape Girardeau, Southeast Missouri State University is also the anchor for a thriving cultural community, including more than a dozen art galleries.