The food service industry has been among those particularly hardest hit during COVID-19. December 2020 saw a loss of 140,000 jobs, most attributed to a large cut in restaurant employment which put the industry at 19.9 percent below its February 2020 level.

The economy lost 140,000 jobs in December, all of which can be attributed to a plunge in restaurant employment of 372,000. Other sectors highly sensitive to the pandemic, such as hotels and recreation, also lost jobs. 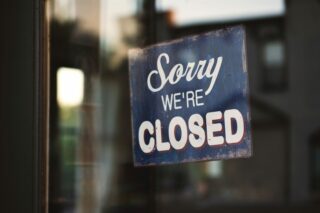 The resurgence of COVID-19 further heightened the two-track nature of this recession. Construction and manufacturing, two sectors normally hard hit in downturns, added 51,000 and 38,000 jobs, respectively. In contrast, finance and insurance added 6,900 jobs in December. Employment is now 0.4 percent above its pre-pandemic level.

A loss of 372,000 jobs put restaurant employment 19.9 percent below its February level.

The hotel sector lost 23,600 jobs in the month, putting employment 31.8 percent below pre-pandemic levels. Employment in recreation and gambling is down by 30.6 percent, after losing 91,900 jobs in December.

Retail added 120,500 jobs in December, while health care added 38,800. Employment in these sectors is now down by 2.6 percent and 3.0 percent, respectively, from pre-pandemic levels.

One growth area has been couriers, where there has been a rise in employment of 221,800 since February or 26.2 percent. A possible good omen in this report is a rise in temp employment of 67,600. This follows rises of 125,500 and 41,800 in the prior two months, which could mean more permanent hires in the months ahead.