Kansas City sees 49 percent less drivers on the roads and continued social distancing, yet deaths related to drugs, violence and alcohol have increased from 2019 says KCPD.

While a lot of attention is being paid to deaths attributed to COVID-19 in recent months, Kansas City is experiencing a lethal surge in crime and traffic accidents this year. 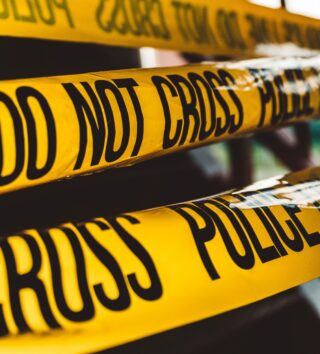 Both violent crime and traffic accidents, authorities say, appear to be rooted in drugs, alcohol and reckless driving. Despite quarantine stay-at-home orders, these numbers have been noticed by the community and officers working for the Kansas City Police Department.

As of May 2020, traffic counts have fallen in Kansas City, Mo. by 49 percent, largely because of sheltering orders by the city and state. With these restrictions it would be predictable to see a decline in traffic accidents and deaths, official say, but that’s not been the case.

Sgt. Bill Mahoney of the Kansas City Police Department, assessing the higher traffic deaths, said that, “74 percent of those cases involved some sort of impairment, either drugs or alcohol. He also mentioned drivers are brazenly taking advantage of the traffic reductions and open roads with unsafe speeds.

On the criminal side, KCPD Sgt. Jake Bechinna says the increase is connected to drug trade and violence that continued despite quarantine orders. However, a daily homicide analysis document from the KCPD shows increasingly high rates compared to last year. This document can be found here.

The death totals from crime and vehicle accidents have surpassed the toll imposed by COVID-19. According to the Missouri Department of Health and Senior Services, the city has seen just 30 deaths from the pandemic, out of 1,914 overall.