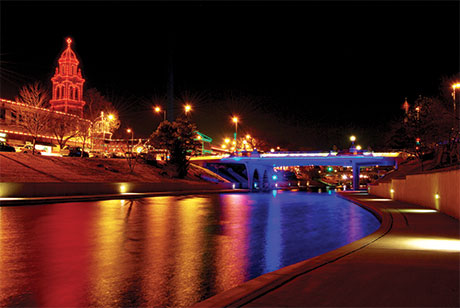 The Country Club Plaza looks like it will soon have new partial owner after being acquired as part of a 50-50 joint venture in 2016. That year, Raleigh, N.C.-based Highwoods Properties sold the open-air mixed-use complex for $660 million to The Macerich Co., of Santa Monica, Calif., and Taubman Centers, which is based just outside of Detroit.

Now Taubman, which also manages the asset, is being purchased by Simon Property Group, the country’s largest mall owner, for $3.6 billion.

An iconic part of Kansas City that opened in 1923, the Plaza was developed by J.C. Nichols and modeled after the architecture in Seville, Spain. It has 781,000 square feet of retail space, and 1.3 million square feet, including office. The center received some bad news in October when one of its anchor tenants, Forever 21, announced it would be shutting its doors. However, Simon Property and other owners are looking to bring back the retailer out of bankruptcy.

Meanwhile, department store Nordstrom plans to open in the Plaza later this year.