Cool Stuff Made in Kansas 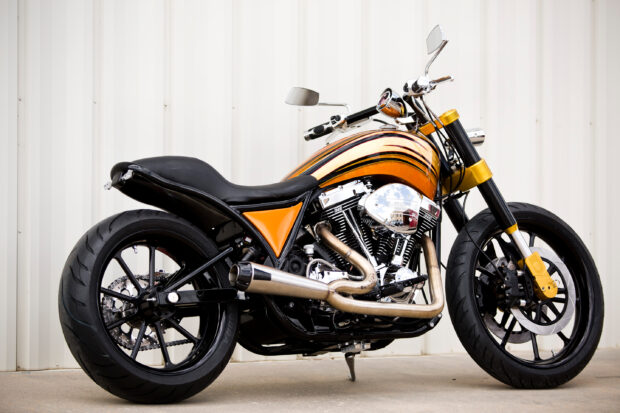 Believe it or not, plenty of things are made in Kansas that weren’t grown on a farm. We take a look at some of the products made across the state, from airplanes to wheelchairs, many of them surprising. 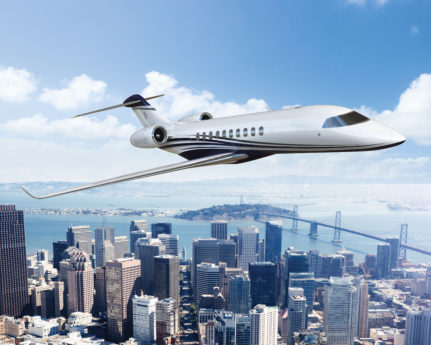 So, you’re tired of the hassle at air-
ports, noisy fellow passengers in first-
class seating and feeling cooped up during long flights. It’s time to invest $35 million on a Cessna Citation Hemisphere and eliminate the hassles air travel brings. The Hemisphere puts other Citation private jets to shame, with a much-needed “third zone” cabin area. This space can function as a conference room that converts into a sleeping quarters, and it’s tough to fathom how frequent flyers have lived without such a feature. And forget the galley space on commercial flights. “Granite surfaces, stone floors and ambient lighting—including a skylight—transform this area into a culinary masterpiece,” says the Hemisphere brochure says of its kitchen. In-flight pretzels, though, will cost you extra.

The General Motors Fairfax Assembly Plant has long been building the Chevrolet Malibu, but now its churning out a bigger and newer vehicle, the Cadillac XT4. This luxury subcompact SUV has five seats and a turbo-charged four-cylinder engine that emits 237 horsepower. The fully loaded version will cost about $40,000, depending on the extras purchased, making it some-what affordable for a higher-end SUV. Auto reviewers have
given the XT4 high marks for its 30-mpg fuel efficiency, legroom and an updated infotainment system with an eight-inch screen. The front seats also have a massage feature as part of an upgrade option, just in case driving an upscale Cadillac alone doesn’t put you at ease. 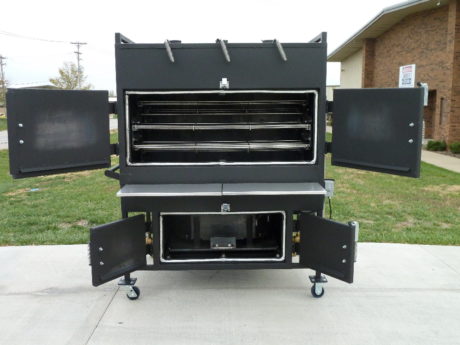 You could probably cook up a whole farm in the Smokehouse 6042. After all, it has 12 rotisserie racks and 7,600 square inches of cooking space that screams: Give me meat! It can reportedly cook enough pork tenderloin to feed 600 people. The Smokehouse, and several other serious smoker grills, are made by Olathe-based American Barbecue Systems. A grilling enthusiast with experience in metal fabrication, owner Mark Hillman started the business in 2004, and now the smokers are used in barbecue competitions around Kansas City and nationwide. Additionally, Hayward’s Pit Bar B Q in Shawnee uses ABS smokers, as do several other eateries across the country. 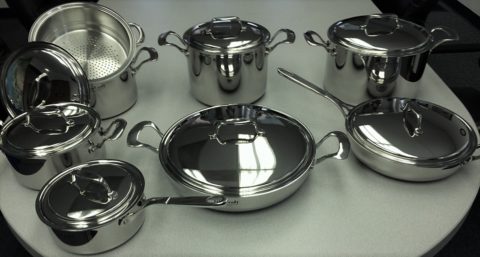 Vita Craft’s high-quality pots, pans and other cookware have been churned out since 1939, with lifetime guarantees to customers. Its products, used by home cooks, restaurant chefs and Food Network celebrities, start out as an aluminum disc between two stainless-steel sheets and are then fashioned by craftsmen into pots and pans of all sizes in Shawnee. Originally a direct-to-consumer outfit, Vita Craft cookware is now available on Amazon and at physical retailers around the globe—Japan is one of its biggest markets. American-made products with a lifetime guarantee are often thought of as a thing of the past nowadays, but Vita Craft is a welcome throwback in kitchens everywhere. 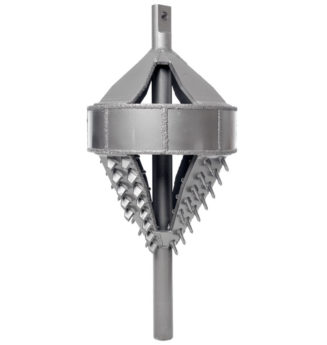 Hutchinson-based StraightLine HDD makes several products, but maybe it’s coolest ones are the horizontal drills it manufactures. Its drills plow through all sorts of conditions, from volcanic rock in Hawaii, to a variety of different soil conditions. Founded in 1989, StraightLine’s products have been used throughout the world to drill holes for oil, natural gas, water, utilities, and other client needs. Besides its drill reamers, StraightLine also manufactures air hammers, mud mixers, piping and other materials. Some of the reamers are more than two feet wide. So next time you think you’re pulling off a big project in the yard, you might want to reconsider its size, unless it happens to involve industrial tunnels. 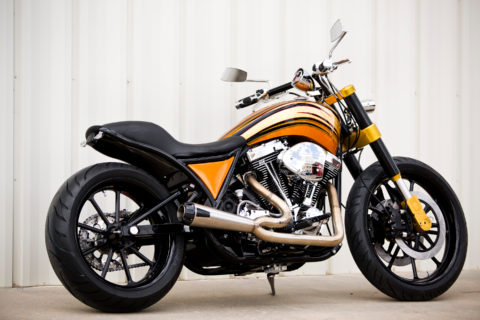 Big Dog Motorcycles is undergoing a rebirth. Originally founded in 1994, the Wichita-based company built up quite a following amongst lovers of customized motorcycles. It made 30,000 bikes and was manufacturing 25 per day at its peak. And then the recession hit. It closed in 2011, and two years later was purchased by Kansas Motorcycle Works. Since 2016, the company has put out vintages every year and currently has four models, including a new one, the Bulldog, which made its debut in 2019. The company also services new bikes, the vintage models and makes parts at its headquarters. Meanwhile, Big Dogs’ parent is moving across town in Wichita into a new 10,000-square-foot production facility this summer.

7. Krutz Violins and other Stringed Instruments

Several members of orchestras all over the globe have a Merriam product in their hands when performing. Krutz makes customized violins, violas, cellos and basses out of its factory in Merriam, Kansas and they are used by musicians in the New York Philharmonic, the Moscow Philharmonic Orchestra, the Kaohsiung Symphony of Taiwan and dozens of others. Its partner company, K. C. Strings, down the street from the Krutz factory and ironically better known locally, is a retailer for its violins, among those made by other manufacturers. The violins, which can cost in the thousands of dollars, take craftsmen 160 hours to make. Double that for a cello and triple it for a bass. 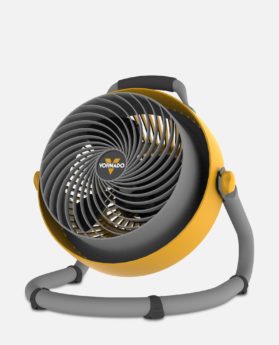 Vornado fans are one of the coolest things you can find in the hot days of summer —and you can find them pretty much anywhere. Made and headquartered in Andover, the company’s products are a household brand
and sold pretty much everywhere, including Best Buy, Target and Home Depot. Their devices include everything from desktop fans, to towers, to large industrial models. Meanwhile, Vornado also makes humidifiers, air purifiers, and for different times of the year, heaters. The company’s management prides itself on products that are energy efficient and built to last. Vornado started in 1945 when it was founded by aviation-industry designers in the Wichita area. 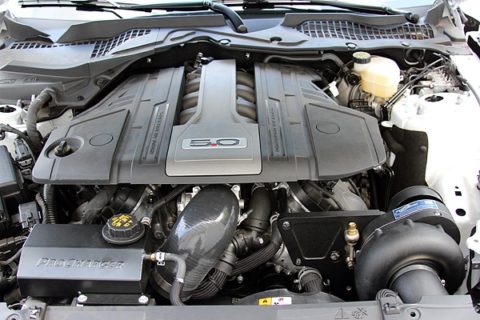 Do you want to increase the horsepower of your Mustang, Corvette, or other model of sports car by about 80 percent? ProCharger might be the product for you. The Shawnee-based company makes after-market superchargers for a variety of vehicles, giving them an extra supersonic-like boost that will make drivers feel like they’re Chuck Yeager. ProCharger also
enhances trucks, motorcycles and boats, giving them significant power
gains. The company, which is managed under the name Accessible Technologies, Inc., was founded in 1993 in Lenexa and also operates an industrial-products outfit called Inovair. Its products are sold at vehicle-performance outlets across the country. 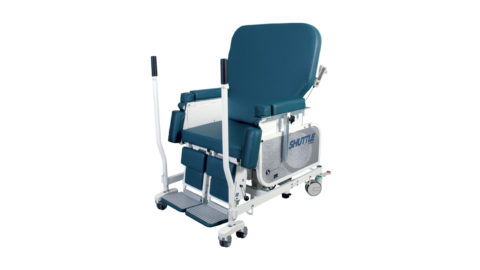 Wheelchairs and other mobility equipment might not be thought of as cool in general, but they sure are when you need them. Sizewise, founded in Ellis, with two factories in Kansas, makes wheelchairs and similar items in its Hays plant that are purchased by hospitals across the country. Its equipment is vital in the rehabilitation process after an injury and the movement of patients to different locations in a facility. Sizewise makes everything from standard wheelchairs, to walkers, to some products resembling reclining loveseats. The company, with more than 1,000 employees nationwide handles everything from manufacturing and service of its products to sales and leasing. 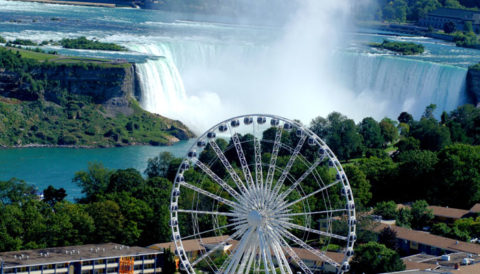 Chance Rides, based in Wichita, has been churning out roller coasters and Ferris wheels to amusement parks and other destinations for nearly 60 years. Some of its most-recognizable structures, all made at its 310,000-square-foot facility, include the Capital Wheel, along the National Harbor, in Maryland; the Seattle Great Wheel, on that city’s waterfront; and Big Dipper coasters at Six Flags Over Georgia and Six Flags Over Texas. The company is known as one of the most esteemed carousel manufacturers in the world. Among the newer rides developed by Chance are a battery-powered, zero-emissions train and its Safari Tour Ride, which also sports zero emissions and has a collision-avoidance system.