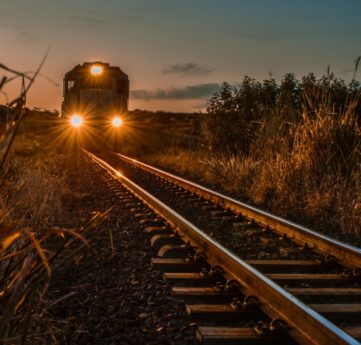 A notice of intent from Canadian National (CN) is asking regulators to require Canadian Pacific (CP) and Kansas City Southern (KCS) to divest the Springfield Line as a condition of their merge. The divestment would allow Canadian National to take over the line and invest in it.

The notice was filed with the Surface Transportation Board, noting that following Canadian Pacific’s divestment of the line, Canadian National would take it over.

CN said it would make investments of at least $250 million to that part of the network, and those investments would include terminal upgrades.

“CP and KCS have made it clear in their merger application that they plan no investment on the Springfield Line, and instead will de-emphasize it in favor of CP’s existing parallel line,” CN said in a Thursday news release. “Putting the Springfield Line under CN’s control represents a major opportunity to improve transportation options, promote rail-to-rail competition, and take many thousands of long-haul trucks off the road annually through increased rail-to-truck competition.” CN continued.

“CN’s proposal is built on a series of factual errors or misstatements. … [The line] is not ‘parallel’ to CP’s line between Kansas City and Chicago. KCS’s line does not reach Chicago, and contrary to CN’s misleading statements, KCS’s line is not part of a through route to Chicago in conjunction with CN,” CP said.

CP continued: “As part of CPKC, these lines will grow along with CPKC. CP’s proposed pro-competitive combination with KCS is about growth. A future CPKC will not downgrade any lines, these included. Instead, CPKC will maintain existing levels of service on these lines and will not re-route traffic away from these lines, contrary to CN’s assertions. In fact, the route from Kansas City to St. Louis and the other assets CN wants the STB to force CP to divest are important parts of the combined CPKC growth story providing new, competitive single-line routes connecting CP’s network with customers and port facilities in St. Louis, and connections to eastern carriers. CP anticipates an increase of traffic on this corridor of 30 percent.”