When it comes to a notably business-friendly environment, Kansas stands out for many reasons. 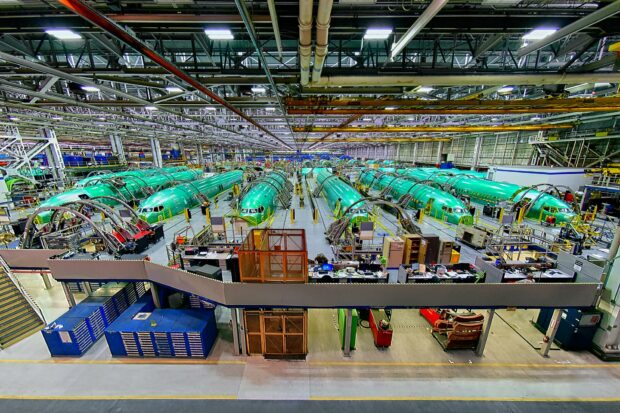 But consider this when you ponder business conditions here: Kansans work. According to various federal statistical measures, 66.9 percent of the Kansas population is employed—an impressive 5 full percentage points more than the national average.

It’s part and parcel of a work ethic that permeates the state. But throw in other economic indicators, and you begin to get the full picture of the Kansas Difference and what it means to business operations in the state. Here are just a few:

• The state’s unemployment rate, even during the prolonged jobless down-turn that began in earnest in 2009 and the pandemic downturn of 2020, generally runs between 2 and 2.5 points below the national rate.

• The cost of living index for the state, roughly 83 and change on a 100-point scale, is lower than most adjoining states and far lower than states like California (149.9) and New York (120.5 for the state; 187.2 for the city). With lower operational costs, businesses in the state have a competitive advantage compared to peer enterprises around the country.

• Per-capita personal income of $32,885 is lower on a nominal basis, yet because of those lower living costs, it provides a higher standard of living for residents than higher-earning states like New York and California. That adds up to more satisfied—and loyal—workers. 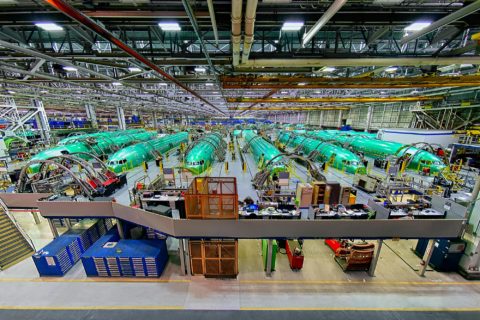 Another key element of the Kansas business climate is that, as a right-to-work state, only 9.8 percent of the workforce is unionized. That’s far below the 11.6 national averages and just a fraction of the 16 percent rate in California and 22 percent in New York.

Energy costs? Again, Kansas beats the averages. Under the vast expanse of farms and ranchlands in southwest Kansas sits the Hugoton fields, a massive geological formation that holds immense reserves of natural gas. Because it is easily extracted and need not be shipped long distances, it can be delivered to companies in the state at substantial savings—more than 40 percent less than customers pay in Missouri, Oklahoma, and Illinois. And electricity costs yield comparable savings relative to businesses in other states.

When you add in a targeted and focused set of state economic incentive programs, you have a built-in platform for business success. The legislative and regulatory environment combines with lower overall tax structures to draw innovation and investment to the region.

That continues to pay off with growth in the life-sciences sector—for human health, animal health, and plant research and product development—as well as energy technology, aviation, advanced manufacturing, and agriculture, state officials say. The life-sciences component is particularly significant in a changing economy; the biotech growth opportunities are unlimited, given that 61 percent of global animal health and veterinary science interests present in the region.

The state’s tax structure has under-gone significant restructuring in each of the past two administrations under governors of opposing parties. From the tax-cutting regimen of Sam Brownback to his Democratic successor, Laura Kelly, the state has seen significant swings in individual income taxes and those for limited liability companies, S-corporations, and sole proprietorships. With a top individual rate now at 5.7 percent, Kansas compares favorably with most states that levy a tax on earnings. As of 2021, that all shook out with a tax burden ranking of No. 23 from the Tax Foundation.

Most people would be surprised to learn that airplanes, not wheat fields, form the backbone of the Kansas economy.

In fact, the entire manufacturing sector has for decades been the biggest component of economic output in Kansas. With two main manufacturing centers in Kansas City and Wichita, the state produces all manner of transportation equipment, whether it runs on highways or railways or takes to the skies.

Kansas City manufactures passenger vehicles, while Wichita churns out light aircraft and aircraft parts and is now home to hypersonic missile research and development for the Pentagon.

Railroad cars and locomotives are also manufactured here. Feeding off the raw might of agricultural output, food processing is also a key component of the economy, with flour-milling, animal feed production, and a thriving meat-packing sector. Much of the latter is directly linked to cattle and calves, which account for roughly 55 percent of agricultural output—five times the economic impact of the wheat production for which the state is famous, too. Kansas is the No. 1 wheat-producing state, pouring out 18 percent of U.S. wheat production last year, most of it with the hard red winter variety.

If farming was the staple of the U.S. economy in the 19th century, manufacturing took over in the 20th. For the 21st century, Kansas is positioning itself as a key player in the life-sciences realm. In 2004, it created a state funding authority for bioscience development. It primed that pump with more than half a billion dollars to spur the creation of new companies that could broaden and diversify the economy.

Hundreds of start-up ventures have emerged, mainly clustered around the research assets of the University of Kansas Medical Center in Kansas City and the largest public-university settings in Lawrence, Manhattan, and Wichita. They deal in each strand of the life sciences triad: human health, animal health, and plant science.

Underpinning all of that is a network of public and private universities with academic programming vital to those sectors, major research and acute-care hospitals, outstanding quality of life, and extreme affordability. The latter may be the biggest driver of business success in this marketplace. That affordability allows residents to enjoy bigger and better homes here, with more disposable income left over, than they can in most other states, and certainly in most urban areas near the coasts.

Even in the urban centers of Kansas City and Wichita, housing prices are often as much as one-third of what one might expect to pay on the coasts. Result? Even with wages that are comparatively lower than national averages, Kansans enjoy a much higher standard of living. The benefits to business ownership that flow from that are obvious to those who understand the role that labor costs play in the production of goods or services.

The icing on that cake, for many, is the quality of life in Kansas. That starts with an environment suited to raising a family and the state’s system of K-12 public education. Recreational, cultural, and entertainment opportunities, as well, add to the quality of life, as does a low overall crime rate and the elbow room—at 53 people per square mile, well below the national average of 93 per square mile.

Lacking in mountains and beaches, the state nonetheless boasts a central location that can provide for quick getaways to Colorado and the Gulf Coast, while the east and west coasts are just two or three hours away by air.

Kansas also has plenty of hunting, fishing, and hiking opportunities, as well, plus major-college football and basket-ball, and a geographic affinity for various regional professional teams—in football, baseball, basketball or soccer—in Kansas City, Denver, Oklahoma City, and Dallas, depending on which part of the state you call home.

Add it all up, and the Kansas marketplace is both stable and thriving, rural and urban, relaxed and invigorating—a great destination for anyone looking for a place to live, work and do business.