Burns & McDonnell is ramping up its work with the U.S. Army Corps of Engineers (USACE), having been awarded seven new indefinite service contracts with six different districts within the agency.

One of the contracts is for work as prime contractor, handling architecture and engineering, on the $100 million Joint Operations Mission Planning Center at Scott Air Force Base, near Belleville, Ill., from the Louisville District.

The work given by the USACE includes three contracts awarded by districts for the first time to the Kansas City-based firm. Burns & McDonnell now has contracts with 14 of the Corps’ 45 districts. 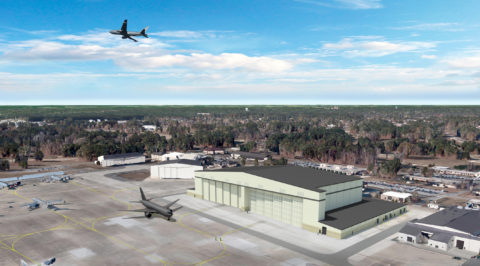 Burns & McDonnell’s contracts include the design of a KC-46A corrosion control/fuel cell hangar at Seymour Johnson Air Force Base, in North Carolina.

Burns & McDonnell has done work with the military since 1941 and the USACE for 50 years.