Record stock prices, a punishing downturn, a full recovery and another plunge. Welcome to investing, circa 2019—and buckle up.

Just eight short months ago, the Federal Reserve looked ahead to a 3 percent rise in GDP for 2019 and indicated that a pair of increases would likely be in order before the year’s end. One quarter later, it backed off on that projected trajectory, saying in March that rates likely would hold steady through 2019. Before the end of the second quarter came hints that a rate reduction could be
in order.

Sure enough, on July 31, the Fed acted. The quarter-point cut was somewhat miscast as “the first downward reduction in 11 years,”  as that conveniently omitted some important context: The 2008 reduction to 0.25 percent stood for seven of those 11 years. 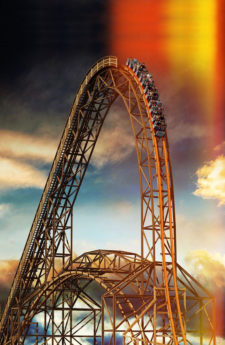 Through a series of increases that took the rate to 2.5 percent in late 2018, President Trump had chafed over Fed policy, arguing that rates threatened a more robust recovery. But some of those increases were taking place against a backdrop of his administration’s tariffs on China—just a day after the rate cut, he announced a 10 percent levy to more than $300 billion in Chinese products—and economists blame that trade war for a significant portion of an economic slowdown.

Those are just two dynamics on the minds of both wealth managers and their clients. There are many more, including a softening global economy, presidential candidates invoking threats of wealth taxes, and military tensions between the U.S. and Iran, China and North Korea. Much as those might be concerns for any investor, they are especially noteworthy for those who have the shortest time horizons to retirement, and those already there, living on their investments.

Nearly half the Baby Boom generation has passed the current retirement threshold of 66 that qualifies them for Social Security. Behind them are an estimated 33 million more Boomers who will hit full retirement age a little more than a decade from now as it ratchets up to 67 for those born after 1958.

Collectively, they face an investment landscape that, for roughly half of the Boomers who have yet to save anything for retirement, can still offer the potential to build a respectable nest egg. Or, for those who have adequately saved, could produce a satisfactory income stream and legacy donation after life has run its course.

But in either case, the ride is going to be bumpy. Within just the past year:

“There are some things that could be problematic for continued economic growth, such as tariffs and Brexit, but there is reason for cautious optimism,” says Jim Williams, chief investment officer for Creative Planning in Leawood.

Most investors, Williams said, are sticking with traditional investment tools.

“The one area you see a split from this is in the high net-worth space, where investors are increasingly seeking out opportunities in private equity, private debt, private real estate, DST/1031 transactions, Opportunity Zone Funds, and other uncorrelated asset classes,” Williams said.

Alternative investments have a broader appeal to Baby Boomers, he said, because of strict SEC guidelines on who is eligible to invest, with certain levels of investment
needed to qualify “Because of these requirements,” Williams said, “most GenX or Millennials do not have these tools at their disposal.”

Regardless of the investment tool, informed investors need to understand the role and impact of market volatility, wealth managers say.

“The one thing everybody agrees on is that the markets have been volatile, no question,” said Scott Boswell, West Region president for Commerce Trust Co. Speaking just ahead of the late July downturn in equities, he noted that “the interesting thing from our perspective was that international didn’t fare nearly as well” as U.S. stocks after the recovery from December’s plunge. “They are flat. Small cap domestic is still down 7 percent, so it was not an across-the-board rally. It was heavily focused on U.S. large cap.”

The significance of that, he said, was that U.S. companies in general are still doing very well, though they won’t have the same robust growth in corporate earnings that they enjoyed in 2018, just after the tax-reform measure of December 2017. “Our economy, though slowing, is still doing well. International has not benefited from the growth we’ve had here in the U.S., and certainly, the tariffs have had a bigger impact on the emerging markets, because China is such a large portion of the emerging class.”

Despite the volatility, equities markets are poised for additional growth, and investors shouldn’t be afraid of seeing markets at record highs, or near them, as they were before July’s pullback, advisors say.

“The markets are near all-time highs because the fundamentals are at all-time highs, and corporate profits are close,” said Dan Hanson, chief investment officer for Waddell & Reed’s Ivy Funds. “Valuations are not. The price you’re paying to participate in growth is an important ingredient, but you’re not just looking at price, you’re looking at what you’re paying for assets.”

A low-interest rate environment, with quantitative easing taking place at central banks worldwide, is depressing yields on fixed assets,” Hanson said. As a result, “with low rates, equities remain attractive as a place to grow,” and investing in that environment requires a long-term horizon and discipline.

One dynamic that is changing the game for both investors and advisers is a broader sense of conservative investing—in some cases, to the point of costing younger investors the possible gains that can come from volatility.

“In 2008, we had the greatest financial crisis since the Depression, and just like the Great Depression had profound and sustained psychic impact on that generation, so has this recent crisis,” said James Battmer of Bukaty Companies. “You see it in a more conservative stance, higher cash reserves for both corporate and household, and household debt ratios, what they owe vs. what they earn, are at the lowest levels since Carter was president.”

Volatility, he said, had fathered an investment temperance movement. For younger investors in particular he said, that represents a real threat. “It’s affecting them in the long run; because they are younger, they need to be very aggressive, very diversified,” Battmer said. “Maintaining that conservative posture is probably hurting portfolio performance.”

One upside of it, he said, was that investors are less likely to chase get-rich-quick notions. The longest economic expansion in history has also been one of the weakest, he said, but “that plow-horse structure is what’s allowed it to continue on—no one is irrationally excited about anything.”

At Prime Capital Investment Advisors, CIO Chris Osmond noted the impact from lower interest rates and the likelihood that they could go even lower.

“Investors are faced with an environment being propped up and dependent on a Fed turning extremely dovish and cutting rates, and the Fed is determined to do whatever it takes to keep the longest expansion in U.S. history going indefinitely,” he said. “As we witnessed markets sell-off following Fed Chairman Powell’s post-rate cut press conference, markets have unfortunately painted the Fed into a corner of pricing to perfection. Any Fed misstep as interpreted by the market, will continue to throw equity markets into a tizzy.”

The same uncertainty that has driven investors to bonds, even with their lower yields, has pushed up gold prices. “With all this said, investor behavior in 2019 has been almost schizophrenic; investors are trying to prepare for a slowdown and brace for what feels like an inevitable pullback by flocking to bonds and gold,” Osmond said, yet they continue to drive stocks higher. Result? “Investors are stuck between a rock and hard place. Yield-seeking investors have nowhere to go, given the new Fed policy, and over $14 trillion of global debt in negative yielding territory. It is hard to imagine yields moving much above 2.0-2.25 percent from here.”

Volatility notwithstanding, fundamentals suggest investors can expect a low-growth environment to continue into 2020—even with some of the talk about higher tax rates voiced in the run-up to the presidential election.

“Even though we’ve seen a lot of volatility, this virtuous cycle could continue for a while,” says Ken Eaton, managing partner at Stepp & Rothwell in Overland Park. “The biggest concern is political, both with this administration with protectionism, and future higher taxes and increased regulation. Overall, the economy seems to be on pretty sure footing.”

As always, though, the future is really hard to predict. Plan for volatility, advisers say, and be prepared to deal with it.