The Gold medalist in the Best Art Gallery is the city’s largest, the Nelson-Atkins Museum of Art, with 35,000 works in its collection. The Plaza-area museum, which opened in 1933 and added the Bloch Building wing in 2007, is one of the most recognizable structures in the metropolitan area. Eva Reynolds Fine Art Gallery, founded in 1989 in Overland Park, is the Silver medalist, and specializes in American and European contemporary art. It also has several in-house events throughout the year. Taking the Bronze is the Kemper Museum of Contemporary Art, which is near the Nelson. It opened in 1994 and features the award-winning Café Sebastienne. 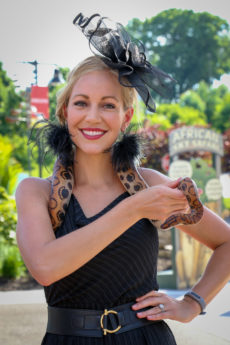 Gold for Best Charitable Event shows some love for the Kansas City Zoo. Held every spring, Jazzoo features food and beverages from dozens of restaurants and live entertainment on several stages in Swope Park. Our Silver-medal winner is Treads & Threads, which takes place in September at the Kansas Speedway and benefits the University of Kansas Health System. The black-tie event includes gourmet dining and national-name live entertainment. Starlight Theater’s Annual Benefit Gala, the Bronze medalist, is in October and gives
attendees a first-look at the upcoming Broadway season, along with surprise live entertainment, cocktails and hors d’oeuvres.

Sprint Center, the home of plenty of college basketball excitement, is also KC’s top concert venue, and banks the Gold in that category. Big names on tap at the facility are John Mayer, Carrie Underwood and Hugh Jackman. Taking the Silver medal is the outdoor Starlight Theatre in Swope Park, which features Broadway shows and big-name concerts. “Weird Al” Yankovic, Kasey Musgraves and ZZ Top are coming up at the facility. Taking the Bronze is the historic Arvest Bank Theatre at the Midland, which first opened its doors in 1927. Over the years it has undergone upgrades and hosted countless big names, such as Jerry Seinfeld, Willie Nelson and Bob Dylan.

Starlight Theatre raises the curtain on Gold for its outdoor live entertainment, a uniquely Kansas City experience. The two other winners are national movie-theater chains headquartered in this area. Overland Park-based AMC Theatres, the Silver medalist, has eight locations in the metro area, including what is arguably its flagship, the AMC Town Center 20,
in Overland Park. Liberty-based and family-owned B&B Theatres takes the Bronze. Founded in 1924 with a focus on small towns, its venues are now the focus of several commercial real-estate developments around the area, including a recently announced Northland project. 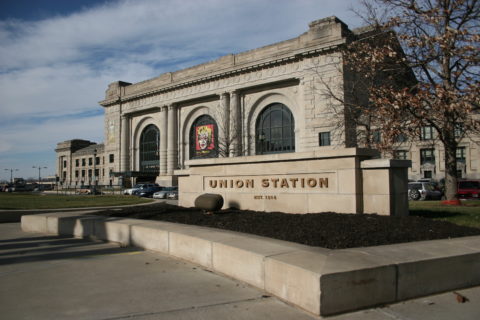 Families have plenty of options to choose from at Gold-medal location Union Station Kansas City. The facility is home to Science City, which welcomes 200,000 visitors every year for its interactive exhibits, as well as the Arvin Gottlieb Planetarium. Union Station also features several traveling exhibits—now showing is Stonehenge—and the Regnier Extreme Screen movie theater. The Silver medal goes to Swope Park’s Kansas City Zoo, which lies on 202 acres and has animals with origins from around the globe, including lions, gorillas, polar bears and elephants. Deanna Rose Farmstead, in Overland Park, takes the Bronze medal. The facility, which opened in 1978, is an interactive farm with animal-petting areas, catch-and-
release fishing, and more.

Parkville’s The National Golf Club of Kansas City is good for the Gold here. The Tom Watson-designed, 18-hole private course opened in 2000 and features a 40,000-square-foot clubhouse; four
tennis courts; dive, lap, slide and baby pools; a fitness center; and restaurant. Silver-winner Hallbrook Country Club, in Leawood since 1988, is also private, and its course sits on land that was once the family farm of Hallmark founder Joyce C. Hall. It has a swimming facility, restaurant and tennis courts. The private Shadow Glen Golf Club, in Olathe, takes the Bronze. Its clubhouse, which features a restaurant, also has several spaces for private events.

Crossroads venue Green Lady Lounge hits the right notes with readers, who respond with Gold for Best Jazz/Blues Club. It is defined by its dark and intimate setting with red-velvet-colored walls and oil paintings, and has nightly shows that swing into the early morning hours. The Phoenix, Downtown, takes the Silver. It has live music six days of the week, including weekend brunch performances. The Phoenix also has lunch and dinner menus. Bronze-medal winner Chaz on the Plaza in The Raphael hotel is also known for its Sunday Jazz Brunch. Meanwhile, the venue has nightly performances by local top jazz musicians.

Tech N9ne, the king of Kansas City hip-hop, takes the Gold medal in the Top Local Entertainer category. He has sold more than 2 million albums and co-founded record label Strange Music, which is based in Lee’s Summit. The Silver medal goes to Flashback KC, a go-to group for weddings and other events. They play contemporary, Motown, classic rock
hits and more. Bronze-winner Lonnie McFadden, a popular jazz trumpeter, singer and tap dancer, plays at clubs and events around the area and has also brought his performances around the country and world, promoting Kansas City jazz. 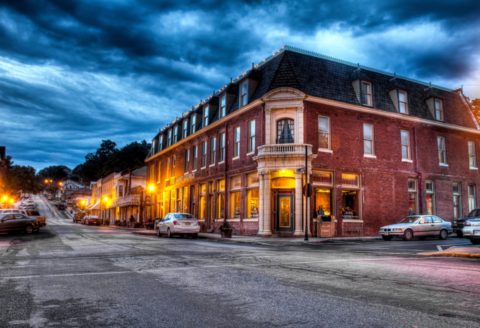 Ingram’s readers wanting to get away for the day are most likely to pick Weston, which won the Gold medal in the Best Day Trip category. Popular attractions there are the Snow Creek ski park and tours of Holladay Distillery, where McCormick spirits are made. Lawrence grabbed the Silver medal. Its historic downtown along Massachusetts Avenue is known for its independent retailers and restaurants, while the city is also a draw for live entertainment acts. Sports fans flock there to watch KU sporting events, especially basketball. Taking the Bronze is Arrow Rock, Mo., a Saline County town known for its 1800s-era buildings, the historic J. Huston Tavern, its state park and the awesome Lyceum Theatre.

Kansas City residents might not have  ocean beaches, but the Lake of the Ozarks, Gold-place finisher for Best Weekend Getaway, is just a few hours away. The area offers a rich array of lodging, dining, golf and endless on-the-water activities. Silver-medalist Branson, to the south, is known for its live musical entertainment and Silver Dollar City and Table Rock Lake. The Bronze winner is Hermann, Mo., center of Missouri’s wine country. The town has an annual jazz and wine festival in September, regular tours of wineries and its wildly popular Oktoberfest and Maifest.

Gold here goes to the Kauffman Center for the Performing Arts. With its striking exterior and atrium filled with natural light, it is the home of the Kansas City Symphony, the Lyric Opera of Kansas City and the Kansas City Ballet. The facility also attracts appearances by internationally known performers and speakers. Starlight Theatre was a readers’ choice again, taking the Silver medal in this category for its Broadway shows and outdoor concerts. And the Arvest Bank Theatre at the Midland wins another Bronze medal for both its musical shows and performances by comedians and other entertainers.

Maybe it’s the calm of the fountains or the meandering pace of baseball that allows for conversation. Whatever it is, Kauffman Stadium, home of the Kansas City Royals scored the Gold medal for the best place to entertain business clients. Arrowhead Stadium earns the Silver medal, and most clients are likely to want to catch a Kansas City Chiefs game nowadays to see the magic of Patrick Mahomes II. Taking the Bronze is Children’s Mercy Park, home of professional soccer team Sporting KC. The park might also be home to some future 2026 FIFA World Cup games if local organizers get their way. 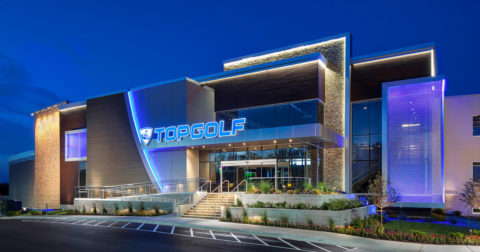 Sometimes companies need to get their employees out of the office and engage them in an activity that mixes teamwork and fun to boost morale. Topgolf, in Overland Park, is the Gold medalist in the team-building category, with its different golf games and restaurant and bar. The venue has many spaces for rent, including a conference room,  rooftop terrace, and a lower-lower lounge with video games and pool tables. Or companies can rent out the entire facility. Taking the Silver medal is Breakout KC, which offers the challenges of escape-room activities at its River Market and Leawood locations. It’s new Team Lab program connects the escape-room experience with professional business coaching.