As law-school enrollments have fallen nationwide, regional universities and law firms adjust to realities of a new hiring environment. 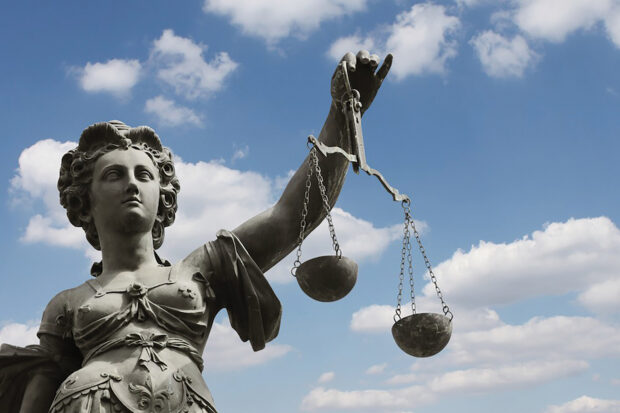 When you look at American law schools today—the types of students, their numbers and the kinds of subject matter being taught, two trends immediately jump out:

Both trends, it seems, are paying off for law firms that, following the Great Recession belt-tightening, are back in the business of hiring.

From his perspective as the Denver-based hiring chair for Husch Blackwell, Chris Ottele says there’s plenty of evidence to show that law schools are working to make their programs more practical.

“In the traditional model, you had abstract classes about property law and contracts, you studied cases from hundreds of years ago, but very little of it had any bearing on the practice of law,” he said. “They’re attempting to give students more of sense of how to write for clients, submit briefs to the court, how to negotiate, or how to confront a client with a difficult situation.”

In the past, law firm executives say, some of that would come naturally through the normal course of training new hires. Now, with firms still focused on keeping fees in check, candidates with a demonstrated grasp of those skills have a big leg up on securing an offer, and are better suited to hit the ground running when they start.

“There is no substitute for experience; it’s the only way to get that skill set,” Ottele said. “When we see kids in school with a lot of practical experience, generally speaking, few truly understand how the law works on a day-to-day basis. So what we look for is potential.”

Larger firms, in particular, are positioned to capitalize on that type of potential. At Bryan Cave, managing partner Perry Brandt also believes schools are doing more to set graduates up for success in the real world.

“They come out more equipped to do the work,” Brandt said. “Traditionally, it was more of an academic exercise: you study and ponder the law, but in the real world, you’re drafting contracts, taking depositions and things like that.” To leverage the greater aptitudes for the fundamentals of running a practice, he said, Bryan Cave has set up more practical-skills classes and training for young layers. “I think the trajectory for those developing skills as young lawyers is better than it was five years ago,” he said.

Still, said Mark Hinderks, managing partner at Stinson Leonard Street, there’s room for more of that type of instruction at the law-school level.

“The areas of greatest need are in business development and relationship skills, and—for those who may join law firms—an understanding of law firm economics and business principles,” he said. “Those items are a key part of our firm training program and a part of University Stinson.”

The real upside of declining law-school enrollments is that the thinning of the herd has validated Darwin’s observations about the strong and the weak.

“It has eliminated folks who wouldn’t have been in contention” to move from law school into the ranks at Husch Blackwell, Ottele said, although, as a large firm with a national footprint, Husch has long been able to recruit from the tops of the regional law schools—the top 10-15 percent of students. “Kids who we are sure are able to pass the bar and hit the ground running once hired,” Ottele said.

It’s perhaps a bit counter-intuitive, Brandt said, “but I think this decline in enrollments has been a good thing, in a lot of ways. What we’re finding is that the people going to law school these days are really serious about it. Students enrolling now get the fact that it’s more competitive, and that to be hired, it’s more competitive. They come out better prepared for law practice.”

And no, there’s no Millennial slack factor holding them back, Brandt said. “I happen to like this generation—they’re hard-working, industrious, they get it.” Being with a larger firm, he’s still able to recruit from the cream of the law-school’s crop, he said, so it’s a bonus to have new hires coming in with great attitudes and skills.

The reduced ranks of graduates has also had the effect of sharpening focus among both students and job candidates.

“We’re seeing graduates who are more committed to the practice of law because that’s really what they want to do as a career, not, as was sometimes the case in the past, just because it’s a good opportunity for a high paying job for someone less certain of what they want to do,” said Hinderks. “The good-quality candidates who are more likely to focus on and really enjoy the practice are still committing to law school, succeeding and entering the market.  Similarly, those committed grads are more likely to be successful in progressing within a law firm, and that, too, has been our experience.”

As much as that has aided firms doing the hiring, the trend hasn’t been without its challenges further upstream.

The two-state region boasts six law schools, with three in the greater Kansas City area—the University of Missouri-Kansas City, the University of Kansas in Lawrence, and Washburn University in Topeka. The St. Louis area has schools at Washington University and Saint Louis University, and the other regional school is in Columbia, at MU.

Combined, their enrollment ranks have fallen more than 26 percent since peaking in 2011. But individually, their experiences have been quite different, with UMKC showing the greatest stability (down less than 11 percent over that period), while SLU had a more wrenching enrollment decline of 44.52 percent, according to figures the schools supplied to the American Bar Association.

Regardless of how little or how much a school’s enrollment fell, it’s important to take a more historical view of law-school enrollment, says Barbara Glesner Fines, acting dean of the UMKC School of Law.

“Between 2002 and 2013, there had been a steady growth in J.D. programs nationally, partly because of the growth of law schools (186 to 201), partly because of pressure from universities for J.D. programs to expand to provide greater revenue for the universities,” she noted. So the decline since 2013, she said, has simply returned UMKC to where it was in roughly 2002.  Its ability to keep enrollments fairly constant contrasts with the national trend line, which peaked at nearly 157,300 enrolled students in the 2010-11 year and has fallen each year since. In 2015, it was under 115,000, and barely able to crack 111,000 last year—down nearly 30 percent.

Schools have responded to it in different ways, based on how long they believe the downturn might last. But misjudging the long-term trend could prove costly.

“If they were optimistic, and thought it would stay down for a year or two, many tried to keep class sizes large and bring in revenue,” said Tom Romig, dean of Washburn’s law school. “They let their credentials float, which means they’d go down. We were cautious; we just didn’t know.”

Schools that thought they could keep enrollments up took the hit when their credentials plummeted, he said, in some cases, costing them 100 places or more in their ABA rankings and leading to faculty furloughs and other drastic measures. Washburn, by comparison, was able to cut in selective areas, allow the faculty to shrink through retirement and reassign other instructors to cover any emerging gaps.

At the University of Kansas School of Law, Dean Stephen Mazza said the decision was made to maintain credential levels and let the numbers fall. “Students going to law school now, everyone has told them not to go—parents, friends, family,” he said. “Most think no jobs are available any more, which is not true. They have rejected that advice because they want to practice law, and we’re seeing a cohort of students who on the whole seem to be very serious about coming to law school, getting through and getting employed when graduated.” The nationwide decline in enrollments now has the country on a track well below historic norms that predated the Great Recession, a signature event that cut the bottom out of the job market in many sectors and prompted thousands of college graduates to think about a law degree as an alternative career path.

“The primary change I have observed is that students are coming to law school more certain about why they are here,” Glesner Fines said. “Years ago, because the law degree is so versatile, many viewed it as a good option if they simply didn’t know what they wanted to do. I see far fewer of these students today. While they may not know exactly what kind of law career they want, they are surer of the reasons that they believe law is a field for them.”

Historically, Romig said, up to a third of students entering in any given year were there because they looked around after graduating from college and “didn’t know what they want to do; they hadn’t prepared for medical school with the prerequisites, so they just came to law school.”

Some turned out to be great students and went on to become great lawyers, he said. But those were in the minority.

“You have to have that fire in the belly, because it’s a lot of work, a lot of time to invest, you’re learning a new way of thinking and of approaching things, and none of that is easy, he said.”

“If they’re here on a lark, it’s easy to lose that passion and that drive to make it through law school.”