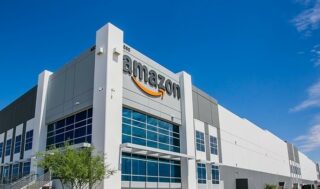 The e-commerce titan anticipates full operations will begin late this year at the facility, located at 2400 NE Coronado Drive.

“This facility will not only bring jobs to Blue Springs but it also fills a vacant industrial building in our community,” Blue Springs Mayor Carson Ross said in a Friday news release.

A permit for the building retrofit lists $15 million in construction costs. Amazon has not released the number of new jobs the center would create.

Remodeling plans are underway. The center will get a new 29,555-square-foot overhead canopy for loading to the building’s rear, and 357 additional parking spaces to its rear and side for vans.