Investors bitten by tough conditions in the first half of 2022 are well-advised to stay the course. This bear won’t be on the prowl forever . . . 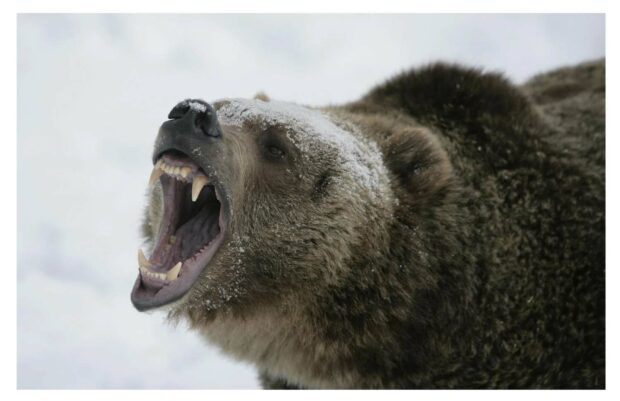 Nearly halfway into 2022, investors have fidgeted as equities have taken a pounding, and the Fed’s overdue move to stem inflation have produced more indigestion with their bond portfolios. Real estate values continue to rise, but in the world of traditional investment tools, it’s not been a pleasant half-year.

For younger investors especially, this climate is unprecedented. Jamie Battmer, chief investment officer for Creative Planning Retirement Services, says that “for your standard bond portfolio to be down 10 percent year-to-date is uncharted territory. For stocks and bonds to both be down at the same time, that’s really only happened three times in the past 50-plus years. Usually, you don’t see the stress to market manifest itself on both sides of the ledger this dramatically.”

The S&P 500 is just one example. More than $7 trillion in market value evaporated from its blue-chip stocks before Memorial Day, and the index is down more than 14 percent since the end of December. Even that, though, is something of a victory—just last month, it was flirting with bear-market territory, defined as a 20 percent drop from a recent closing high.

But consider those last three words: Recent closing high. Then let Commerce Trust Co.’s Scott Boswell put that into perspective: “Yes, the markets down, but they’re down off all-time highs,” he says. “Although consumer net worth is down from a record high in 2021, it’s still way ahead of historic averages. … In general, consumers are still in better shape than they were in recent history.”

High energy prices, rising interest rates, inflation that has blown well past “transitory”—remember that one?—have all done much to erode consumer confidence. And the biggest sustained correction since the Great Recession (if you skip past the COVID-19 market anomaly of early 2020) has rattled investors at all levels, from retired Baby Boomers to the newest members of the work force, Generation Z.

But as more than one sage wealth adviser has noted, all is far from lost. For in the long-term view of investing, particularly with equities, “the cure for low stock prices is . . . low stock prices.” As for bond prices, higher rates have raised some welts, but those with longer memories can recall an era when the percent prime interest rates reached 20.5 percent.

At some point, things will turn, wealth managers note. Bargains will compel institutions to reload with stocks; supply chains will loosen and help ease consumer prices, oil prices will inspire more domestic production while the getting is good. Heck, there’s even a chance that Vladimir Putin, as was said back during the Vietnam War, will determine it’s time to “declare victory and get the hell out” of the quagmire in Ukraine.

Until then, remain buckled up. This bumpy ride isn’t quite over yet.

“Given the higher-than-normal inflation being experienced currently, even those investors holding cash are losing purchasing power,” says Lynn Mayabb, managing director for FORVIS Wealth Advisors. “Where stocks and bonds could eventually recover value, those holding all cash will continue to lose purchasing power until rates on cash  instruments increase and inflation dips.” 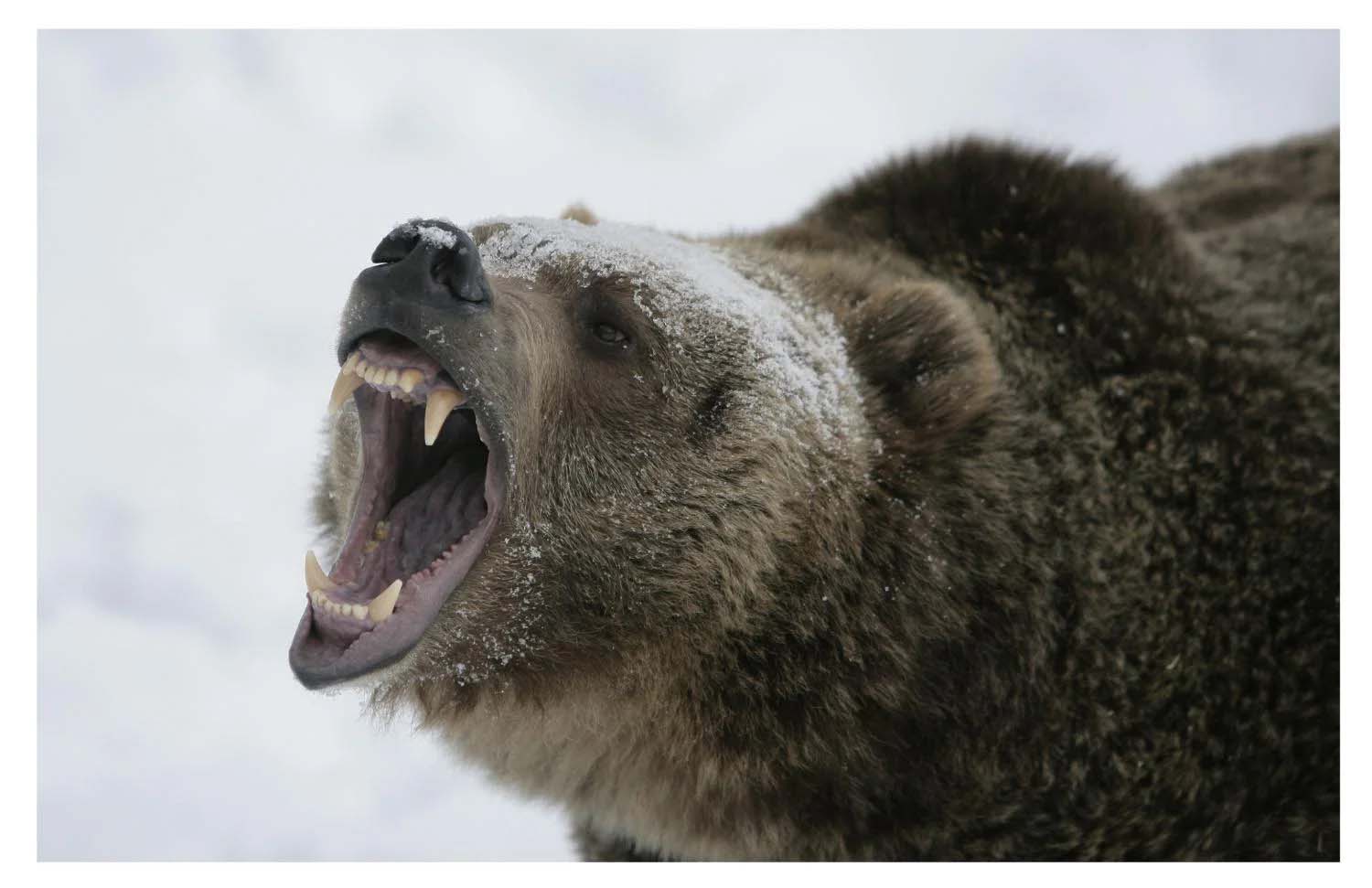 Shared Pain
Of course, not every investor was hurt at the same level. Those who correctly anticipated that Washington’s aversion to domestic oil would start to squeeze supplies have been handsomely rewarded with soaring energy stocks. The problem is, you get over-weighted there, and those gains might, live inflation was supposed to be, prove transitory.

Those investors focused in the energy space have done extraordinarily well, especially with additional stress on the markets from the greatest conflict to ensnare Europe since World War II,” Battmer says. While those investors may enjoy a 63 percent surge in energy as a component of the S&P, he says, “that’s a perfect example of why the prudent long-term investor never tries to time the market.”

Anyone attempting to do so now, managers say, risks a move off of the peak. At the individual-investor level, Battmer says, many would have offloaded those underperforming energy stocks long ago, then missed the run-up. If they try to get back in now, they risk losing a second time.

But even the winners out there might not end up in the black, given current conditions. Says Jim Williams, CIO for Creative Planning: “Very few investors have gone completely unscathed when you factor the impact of inflation.”

For those more focused on bonds, Mariner Wealth Advisors’ Justin Richter says there are tools to ease the pain. “On the fixed-income side, the only area that has done well has been the more inflation-protected areas of the market,” he said. Instruments pegged to floating interest rates mean that unlike traditional bonds, it doesn’t matter how many times the Fed moves, and structured versions are only modestly down, compared to the broader aggregate bond index.

“Technology, consumer discretionary, and communication service stocks have been leading performers for much of the past decade,” she said. “Many investors have allowed these sectors to become overemphasized in their portfolio, believing that their historical outperformance would continue. We have seen valuations correct significantly in these sectors and as a result, they have suffered greater losses than other parts of the market.”

Generational Messaging
Baby Boomers, as a group, have been lumped together since the first one showed up in January 1946.  In current wealth management, that age cohort comes in three sub-groups: those who have already retired, those who are on the cusp of it, and those who still have the better part of a decade before their full retirement age of 67.

But there’s a difference between a retirement horizon and a lifetime investment horizon, wealth managers say. Longer life spans—notwithstanding the actuarial blip imposed by the pandemic—requires retirees to accept levels of risk. Therefore, hitting that magical full retirement age today doesn’t hold the significance it used to.

“Historically, and this dates all the way to back to defined-benefit pensions, if you had a fixed income and Social Security, the idea was that all risk was off the table,” said Boswell. “Those days are long gone.”

“Typically, the correct portfolio you had before the crisis is going to be the correct one to get you out of the crisis,” Battmer said. “What older investors are grappling with now is a fixed-income market that’s been challenging in a way no one has ever seen for 40-plus years.”

That’s much more pronounced for Boomers, he says, both those already in retirement and those nearing it, who tend to have larger concentrations of “safe” assets needed for fixed incomes. “To see double-digit losses is a great departure from what anyone has experienced over the past 40 years, and that increases the likelihood of people panicking: ‘My safe investments are not even safe.’’

At that point, wealth managers caution, its vital that investors avoid poor decisions made on an emotional basis, where fear, not fundamentals, is driving decision-making.

“Stick to the plan and don’t panic,” Williams advises. No matter where an investor is with time horizons, the messaging remains the same, he said—develop a plan and stay disciplined to the plan. “The plan is what differs between the groups, but the message remains the same,” Williams said. “The good news about every historical bear market or correction is they have been followed by a recovery.  This, too, shall pass and it’s just a matter of how long will it take.”

Whither Yield?
As with the energy appeal noted previously, wealth managers have some succinct advice for those who would attempt to jump that train after a 10-fold increase in oil prices since the early days of the pandemic: Don’t do it. And if you do, be darn selective.

“Frankly, people who still subscribe to the idea of living on yield are on a fool’s errand,” Boswell says. “Focus on total return. Investors who stretch for yield, buying bonds out past 10 years, every 1 percent move in rates costs them 10 percent in the value of those bonds.”

More than, even: What will inflation have done to the value of those bonds by then?

The private debt marketplace, Williams says, “is an attractive investment option for investors looking for yield. The yields are generally in the 8-10 percent range, and the floating rate structure tied to short-term interest rates means that as the Fed continues to raise rates, we would expect the income from these funds to move up in lockstep.”

Beyond traditional dividend equities, Richter says, alternative credit, floating-rate structured credit, direct-origination municipal bonds are worth exploring. And, “for those who understand the strategies, certain options strategies can be beneficial during periods of volatility. Real estate has always been there traditionally, but with the environment we’re in now, one needs to be very careful with sectors and regions where they are investing.”

Down the Road
So will the back half of 2022 produce similar anguish?

“It’s a tough call looking at that crystal ball, clouded with many factors,” Richter says. Among them: “How inflation might unwind with the Fed’s response. It looks like COVID is gradually getting behind, us with China starting to reopen from zero-COVID. But our view is that volatility is going to continue this year. We very well may go lower as we go through the summer periods, with lower trading volumes an overarching negative sentiments across many areas.”

But, he says, hopefully: “We don’t feel recession is imminent,” even though the risk of a pullback may increase in 2023.