After COVID: A Soft Landing?

Insurance executives say the expected higher costs of a pandemic, and the feared run-up in demand for treatments, has been muted . . . so far.

A year ago, America’s health-care system shuddered with expectations of crushing demand from a global pandemic, while insurers warily assessed the impact of the COVID-19 outbreak and attempted to calculate the financial impact on their corporate clients.

A great deal has changed in the U.S. workplace over the past 12 months, but insurance professionals now say the added costs of managing COVID-19 risk in the workplace have been minimal. That’s not to say, however, that the world of workplace insurance and benefits design has been a slice of serenity.

On the plus side for employers, the add-on costs of dealing with Covid-related claims has been, as expected, low through the initial claims year. So says Rachel Arnett, vice president of sales for Blue Cross and Blue Shield of Kansas City. 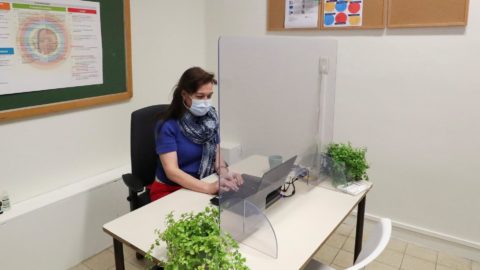 The pandemic produced two immediate impacts that completely disrupted the health-care market last year: First, the decision by large health-care providers to clear their schedules of elective surgeries and non-essential treatments, anticipating that every bed could be required if early trend lines and projections held up. (They didn’t.) Second, millions of consumers nationwide feared that health-care settings were prime zones of risk and responded by deferring—or completely skipping—regular treatments and screenings for potentially lethal chronic conditions like cancer, cardiovascular disease, stroke and more.

The natural expectation from that was, when the pent-up demand was released as cases of the virus retreated, it would pressure health-care providers and possibly drive up costs on the demand side. That hasn’t happened, and might not.

“As we move more into 2021, we are expecting to see a 1–2 percent increase in services,” said Blue KC’s Arnett. “This is less from pent-up demand and more a result of things returning to pre-COVID levels and the additions of COVID testing, treatment, and vaccination coverage.”

“And in the process of working with customers to set rates for 2021, it was even more interesting,” he said. “It’s still early in the year, but for 2021, some large clients just haven’t seen the claims modification from carriers that we saw last summer.” It’s both a science and art, he said, to set rates for a  coming year, and if they’re based on a dip in demand, plans will be underfunded in a succeeding year. “But for larger customers, we can track specifically what their utilization trough was, then normalize that backing projections for 2022.”

Blue KC, the region’s largest insurer, hasn’t see enough 2021 claims to draw any firm conclusions based on this year’s demand, Arnett said, “but we are seeing slightly higher-than-normal paid claims for outpatient hospital services and ambulatory surgical centers. This is consistent with members putting off elective surgeries at the end of the fourth quarter because they had not hit their out-of-pocket maximums.”

By the second half of 2020, things were starting to normalize on the provider front.

“It’s interesting—we were tracking claims for some of our large, self-funded companies in April and May, and we did see from 4 to 6 percent trough in utilization,” said Spencer. Like other insurance executives, he anticipated a significant surge in demand for services and claims when the pandemic’s grip eased.

“The reality is, health care is not like a manufacturing company that can add a third shift to get rid of a backlog,” Spencer said. “A doctor, even if he can work l8 hours day, can only do so many procedures. People have been going back for those deferred treatments, but we’re not seeing that go to a 6 percent increase or anywhere near it—just back to normal. At this point, we’re back to the status quo.” Arnett concurred.

“In the third and fourth quarters of 2020, most services returned to pre-COVID levels, except emergency department visits, which declined,” she said. “Office visits were also slightly below normal due to increased virtual care visits.”

Screenings such as mammograms and colonoscopies and non-COVID in-patient also returned to normal levels in the last half of 2020. “For chronic conditions, such as cancer, hypertension and diabetes, most treatments stayed at normal levels with the exception of behavioral health increasing slightly,” she said.

The take-away from insurers, executives say, is that relationships matter.

“Blue KC has always considered our relationships with our clients No. 1 priority,” said Arnett, and it attributes a higher and more personalized level of customer service to the nature of those relationships. “I think we learned that in the midst of very challenging times, those relationships served our customers well,” Arnett said, “and we were able to pivot when needed to offer solutions based on their specific needs.”

There’s no question, though, that the tidal wave of client questions and concern has imposed a toll on the risk-management world.

“It’s been hard; we’re in a service industry,” said Spencer. “It’s been an exercise nobody ever  anticipated they would have to go through. So you’ve got to have a level of trust with team, stay connected with each other, provide opportunities for people to share information, to share expertise and to share recourses.

“But every day we get behind us,” he said, “is a day closer to getting to do more of what our traditional job really is.”

Beyond cost considerations for health plans, though, the pandemic has generated a dizzying number of issues that businesses must confront, whether the majority of their workers are connecting remotely or their staffs have nearly completed the return to the workplace. Among them:

With all of that going on, there remains “a whole series of controversies related to the vaccine itself,” said physician Jonathan Weiner to BusinessInsurance.com. Weiner, a professor of health policy management and health informatics at the Johns Hopkins Bloomberg School of Public Health, cited the guidance from some legal experts who say the vaccine, because its use was authorized by the FDA with emergency approval, “adds another complexity. It’s not a fully approved drug.”

As an incentive, some employers have begun offering cash rewards and additional paid time off to workers who get the vaccine.

Not everything, though, that’s come out of the pandemic has been a challenge: