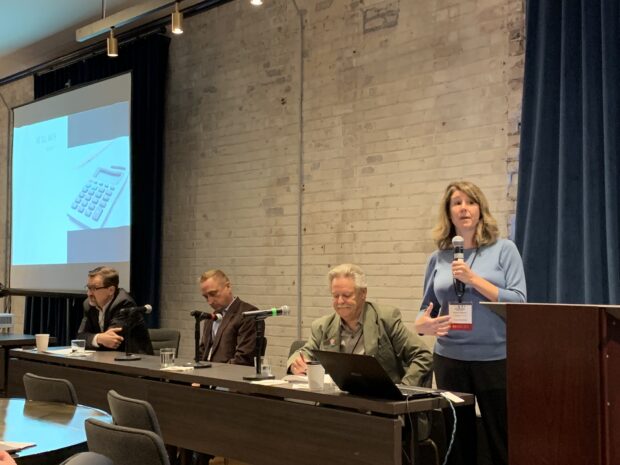 By several accounts the United States has a severe affordable-housing shortage, and Kansas City mirrors that national problem.

On the surface, it seems like an easy problem to solve, simply with the construction of apartment buildings with inexpensive rents. Panelists speaking at the recent Missouri Economic Development Financing Association (MEDFA) conference at the Crossroads Hotel probably wish it was that easy.

“All of these projects take a lot of skin to make them happen,” said Bob Mayer, president of real estate consultancy M R Capital Advisers. Since it is the city’s goal to have 5,000 low or moderate-priced units built by December 2023, that means developers have their work cut out for them and are going to need to get creative.

In constructing a new apartment building, it costs Mac Properties about $200,000 per unit, said Peter Cassell, director of community development at Mac Properties. “The cost of new construction far exceeds what you can buy on the market,” he said.

But the firm has been able to make it work with a 20-percent mix of affordable units in its developments along Armour Boulevard and Gillham Plaza and is now working on a five-building, 450-unit complex at Armour and Troost Avenue. Cassell there is currently a supply-demand imbalance in urban areas of Kansas City near employment hubs, and rents are driven by strong demand a lack of supply. The only way to fix the situation is to build more units, but developers need to the help of public incentives, innovative cost-saving construction practices and residents with high enough wages for developers to be able to make a profit on the $200,000-per-unit build.

Audrey Navarro, managing partner at Clemons Real Estate, used a $100,000-per-unit build as an example. At that price, “we can’t charge less than $1,200 a month,” she said. “The lender isn’t going to finance it.”

So, Clemons is looking at renovating old buildings. Navarro pointed to its work on Emerson Manor, on Lynnwood Avenue near Highway 71. It was able to purchase the 61-unit building for $1.6 million, and is renovating it at a cost of $800,000 and charge $650-per-month rents.

“Outside of these types of opportunities, we need density and we need scale to support our infrastructure in the city,” she said. “We need more users to make this more efficient, and we can’t do that without infrastructure.”